The most bluesman of Italian singers 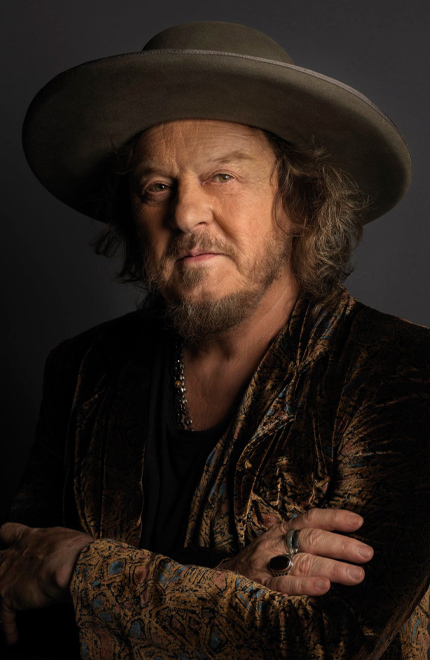 Zucchero paints Italy in music. He gives vivid colours to blues music, flirts with the contours of bel canto and takes on the forms of refined rock. Aknowledged by his peers, including Eric Clapton and Miles Davis, the transalpine prodigy is the greatest Italian star of modern rhythm'n' blues. His sincerity and authenticity have earned him a passport to the very exclusive club of talented musicians of this world, generally reserved to Anglo-Saxons. Like Eros Ramazzotti, his pop songs left a mark on the airwaves of the 80s and 90s.

"With my face and a voice like mine, I would never have imagined that I would one day signed a recording contract. A story like this with such unprobable outcome seems like a movie script. But Zucchero's story is real. His work is his life, and his life is a crazy synopsis. For nothing predestined the child of Reggio Emilia, born into a humble family of communist peasants, to beat the odds with his husky voice, his audacious creativity and his free dreamer's spirit. Who would have thought that this gentleman would earn the respect of the greats?

Yet Zucchero has succeeded where so many others have failed. His secret: grafting Italian romance to Mississippi blues and seductive British pop . His solar energy warms our hearts, his moving ballads travel down memory lane. It is a certainty: if Joe Cocker, Ray Charles, Pavarotti or Sting fell under his spell, it is because the Italian rocker has talent to spare. Because music is his driving force, so, in his own way, he might as well take advantage of it to propel his hits with a Mediterranean style!

He pampers the souls of the world with his tracks exuding the aroma of a joyful, peaceful and romantic Italy. Under blue skies of Tuscany, where he spends his spare time in his farm, cultivating the soil and cosseting the olive trees, the songwriter sows a wind of sweetness to harvest a storm of emotions. His voice takes our breath away as much as it makes us dance. He almost defines beauty on his own, with sincerity, modesty and utopia. He may have nothing left to prove, but the man with the hat is far from putting an end to his career!

Time for the first album

Recording a first album was already an achievement in itself. So when Un po' di Zucchero was released, the Italian artist was bursting with pride. His enthusiasm took him across the Atlantic to capture the energy of Mississippi blues and breathe the fresh air of gospel. It took him a decade to really establish his reputation. 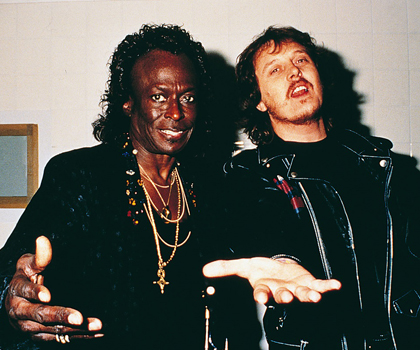 "He listened to my album Blue's, fell in love with it and contacted my manager: he wanted to record one of the tracks with me. My manager phoned me in the middle of the night. I thought it was a joke". When Zucchero talks about his unlikely meeting with Miles Davis, his eyes still sparkle. You might as well say that this collaboration has left its mark on him. 1987 was a fruitful year for the Italian artist as it was also the year he released his hit Senza Una Donna, later re-recorded in English as a duet with Paul Young. 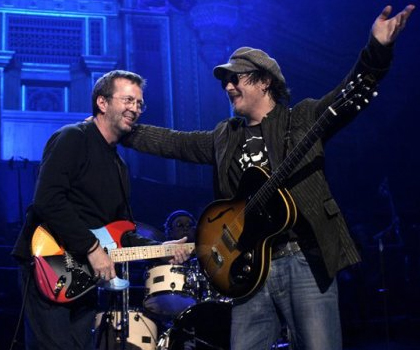 "The whole world must see this show." This is what the famous bluesman Eric Clapton said, word for word, after one of Zucchero's concert in a Sicilian stadium. Two months later, the English musician asked the young Italian virtuoso to be his openning act during his world tour. From this date, Zucchero began to export his blues-rock with a Mediterranean accent all over the world!

Pop, rock and blues enthusiasts cannot wait for his new albums because Zucchero surprises us every time. This is still the case with the excellent album Spirito Divino, which was a worldwide success. From Mexico to Portugal, via France, the Italian artist makes a big splash, and his single II Volo hits a home run. 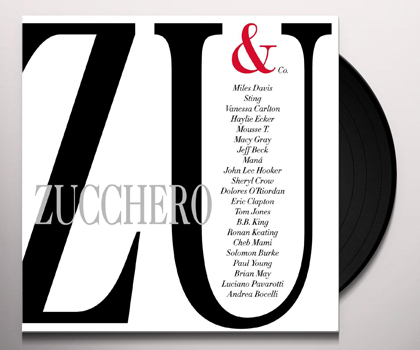 In the studio with Zucchero

Zucchero has become a master in his art. So when the Italian artist records a new album, the stars are linning up. The release of the Zu&Co compilation is a case in point. For the occasion, Zucchero invited a flock of legends for his guest recording sessions :  Miles Davis, Sting, Macy Gray, Eric Clapton, Johnny Hallyday. His friend, Luciano Pavarotti was also in. A few months later, Bono joined him in the studio.

I had a magical time. He shared his emotion with such passion, it was a bit like a collective prayer. It was powerful and it resonated in our heads. His voice is sensational, everything is perfectly in tune. I felt shivers down my spine. I have only one word to say to Zucchero: thank you.

Julien, after a concert in Marseille

Zucchero has accomplished a feat: imposing the Italian language on the blues and rock soundscape. With sincerity and humility, he has left his mark difference and established himself as a modern-day rock and blues master. This man is a class act, you can hear that on every album and at every concert. You really have to go see him on stage to understand: you will definitively get chills for two hours!

Zucchero is a generous performer who cultivates his rock music on the fertile soil of the blues from Mississippi Delta . Everything is there, nothing is missing. With a quirky look and a powerful, deep voice, the Italian rock star is also inspired by the founding masters of rock'n roll and soul music, but also adds his personnal touch and his own dazzling musical moments. Le Progrès.

Zucchero makes a lot of noise. In this hullabaloo, he finds the meeting point between Italian emotionnalism and the heartbreak of the blues. He does it with ease, falling into talent and habit. On stage, Zucchero is quite something. Le Monde.