One of the last blues veterans
Ecouter 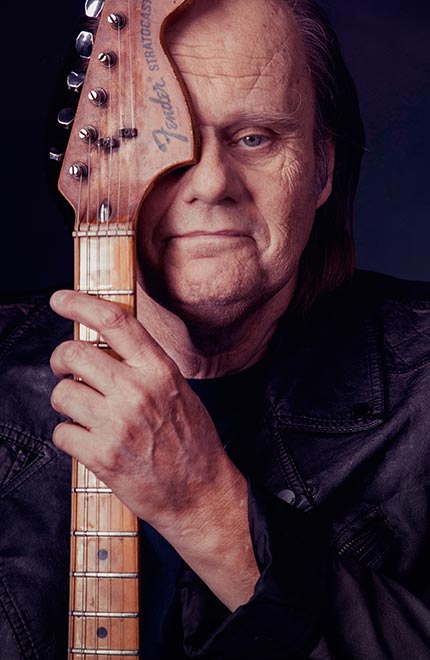 It must be said that Walter Trout has gained experience by accompanying the greatest. He was a member of John Mayall's Bluesbreakers (succeeding, as a reminder, Eric Clapton, Peter Green or Mick Taylor) then of Canned Heat and finally accompanied John Lee Hooker and Joe Tex. Since 1989, he leads with brio a solo career (with his Walter Trout Band) which makes the bet to sign strong and contemporary titles while remaining deeply attached to the blues and boogie tradition which is dear to his heart. And he already has a good twenty records to his credit! As for the stage, he has been able to demonstrate his virtuosity on stages all over the world or in renowned festivals such as Pinkpop in the Netherlands or the Mydtfins Festival in Denmark.

A true virtuoso on stage, he can count on a solid fan base, which founded the Official Walter Trout Fan Club in the 1990s. He could also count on the unfailing support of his fans when he experienced health problems from 2013 (liver failure). He will subsequently undergo a liver transplant. This fan support has pushed Walter Trout to continue touring and recording. He will also publish his autobiography, named "Rescued from Reality", where he recounts this transplant that saved his life.

Miraculous, Walter Trout still remains dynamic and productive. Like many musicians, he is eager to get back on stage. He recently told Classic Rock magazine: "Sometimes you have to go through the void to find the light. I can't wait to get back on the road, meet people at shows, hug them and pose for a picture with them. And of course, I can't wait to play my songs live. We can't wait as much as he can!