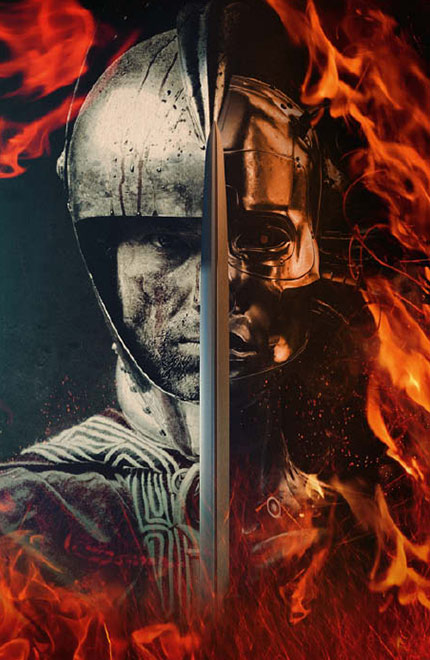 Thomas Bergersen & Nick Phoenix, the masters of epic music, go live with an orchestra and a choir !

Thomas Bergersen and Nick Phoenix, the world's leading producers and composers of epic music (a musical genre directly inspired by film music), are breaking all streaming and subscribers records with their California-based company : Two Steps From Hell.

Over four billion views on YouTube, one billion on others streaming platforms, and four platinum albums have made Two Steps From Hell one of the most successful music companies around. Their stunning sound led by a powerful orchestra and heroic choirs singing warrior themes like their most popular tracks: 'Protectors of the Earth', 'Heart of Courage', 'Victory' and 'Archangel' galvanise the hearts of millions of fans and complete the works they were created for.

From trailers for movies like Avengers: Endgame, Aquaman and Jurassic World, to the opening ceremonies of the Olympic Games, via the advertising campaigns of many major companies, they all have put their faith in Two Steps From Hell to ensure their success.

Now, for the first time, Two Steps From Hell is touring all over Europe for concerts with soloists, a choir and an orchestra performing their original scores. One thing is certain, the best of the Bergersen and Phoenix musical experience will ensure magnificent shows.

The characteristic sound of Two Steps From Hell will stimulate all the senses, this will be for sure an exciting journey into the world of epic music, fantasy and musical mysticism.