Folk and the hope of America
Ecouter 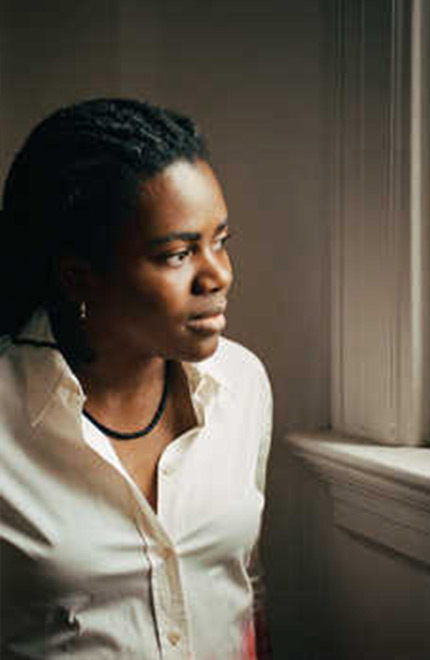 Beautiful and committed, Tracy Chapman takes her protest folk into the depths of America, as if to highlight a society on the verge of implosion. In her own way, with the elegance of a great lady, the Ohio singer spearheads a struggle for social justice.

When her mother gave her her first guitar, she probably didn't imagine that her daughter would become an icon of contemporary folk music thanks to this miraculous gift. Yet Bob Dylan's female heiress, as her devotees sometimes present her, has overcome her natural shyness and the obstacles of art to establish herself as a spokesperson for the deep voice of a forgotten America where poverty and violence predominate. Moving beauty, committed hymns: yes, when the child from Cleveland, an industrial city on the shores of Lake Erie, starts singing, a whole world comes out of the shadows.

She doesn't need a sparkling shot of fire, screens in all directions and starry dancers to be heard on stage: her convictions, her guitar and her few musicians are enough to bewitch us and bring to light the realities hidden under the carpet. Each song is a pretext to deplore social misery, to counter racism and to call for the improvement of the status of women. Tracy Chapman is an activist whose poetry is resolutely soft. She never chews her words because she knows that her absolute sincerity is the cornerstone of her musical charm. "To touch people, you have to tell universal stories while at the same time telling about what surrounds you: a world of illusions, dominated by capitalism and technology".

His skilful folk takes to the guts. His endless and unremitting struggle gives us strength. That's for sure: Tracy Chapman is an example of citizenship, enjoying the music for Talkin' Bout a Revolution that she so much hopes to see happen in her lifetime. She alone embodies the breath of hope of a whole section of the people, even if it means pushing conservative America to its limits.

On this day in June, no one is waiting for him because no one knows him. Yet when Tracy Chapman takes the stage at Wembley Stadium to celebrate the 70th birthday of Nelson Mandela, then still in prison, the world comes to a standstill. Who is this young woman with a golden voice, charismatic sobriety and strong activism? In the space of just a few minutes, she becomes a real folk star. And her song Talkin' Bout a Revolution becomes a worldwide hit.

On tour for Amnesty International

Spotted by the greatest thanks to her concert at Wembley, Tracy Chapman was invited by Amnesty International to take part in a world tour, alongside Sting, Bruce Springsteen and Peter Gabriel. She is now one of the greats of music!

Another good reason to love it

Tracy Chapman still walks his folk with determination and fragility. Once again, with New Beginning, she captivates the hearts of critics and, more importantly, her audience. She continues to conquer the world with her slow, unobtrusive melodies tinged with optimism. For this occasion, her song Give me One Reason was voted song of the year at the 1996 Grammy Awards.

She sees the future with optimism

As Barack Obama has just been elected President of the United States, Tracy Chapman imagines a glittering future, the fruit of her ideals. The American artist, once again, has been emulated and has climbed to fifth place in the charts in France, partly thanks to the magnificent single Sing For You. The following years would see his hopes of another world evaporate with the election of Donald Trump, but his struggle continued.

The first time I heard it was in Montreux, in 1990, I think. Sensational. Her voice takes us by the neck to lead us to the nearest demonstration. She has something very touching and completely new in the world of performance: truth. We are so happy to have heard her.

Michel, after the concert at Patrimonio

Tracy Chapman draws the lines of a remarkable folklore that does not just sing love stories, but tells the story of the society in which she lives. She is the mirror, even the mouthpiece, of a certain America that many people too often tend to forget. She is a great artist who marks her time with her sincerity and natural humility. And on stage, her charisma leaves one speechless!

No lights, no stage effects, no useless words. Just a guitar, and musicians who play hell under modest tunes, and who seem to be there only to light up the monument of singularity that the young African-American singer represents.

Tracy Chapman is a success story as America likes to produce, with twists and turns worthy of the best Hollywood scripts. She sings about her revolt against injustice, war, racism and fighting for the right to homosexuality.