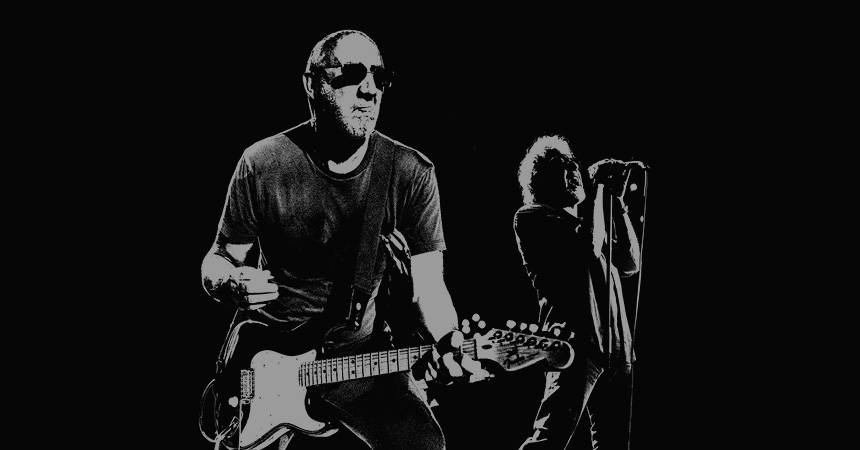 The most agitated group 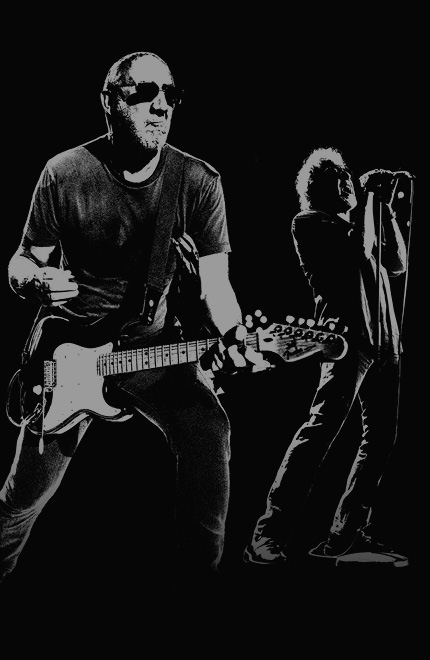 The conquerors of the British Invasion will play to the death. They have always affirmed this, as a promise that has no name but the love of rock and the explosive energy of the stage. The Who always wants to fight. Ready for the blast?

They smashed electric guitars and mistreated the drums. The Who is an insolent rage, a reflection of a carefree era where stories were told, body and soul, with grandeur and panache. Like wild racing cars, destroying everything in their path, until they ruin themselves, the eternal kids of London have given voice to a whole generation. They have massacred the codes, shocked the housewife and, above all, written a legend that spares no music lover.

Yes, The Who is a state of mind, where scandals, dramas and coups d'éclat combine to give birth to hits that travel through time. For even today, when the insatiable Roger Daltrey and the intrepid Pete Townshend take to the stage, the sounds of yesterday seem so modern as to fall to the ground. Little has changed. With each appearance, the group, even when it is split in half, sparks fly. It's a deluge of sound, and if the wrinkles have appeared, it's only to wrap with a hint of wisdom the ardour of these restless young contemporaries, ready to heat up the stage with a punk and slingshot flame.

Here resounds the acrimony of the sixties. Then, without nostalgia, the memories of a bygone era come back, where freedom overthrew conventions, where morals evolved endlessly, where the forbidden was synonymous only with transgression. Perfect alchemy, oversized egos, walls of amps Marshall: The Who took the queens of an entire kingdom. For a long time they pulled the strings of unbridled rock'n'roll, thundering political correctness with flashes of genius and a shower of raging poetry. It is this mad frenzy that the two survivors, supported by the excellent Zak Starkey, son of Ringo Starr, continue to tell the story.

The kids of London

Nobody plays rock like The Who. London's rebellious kids smash guitars, smash drums, smash amps. On stage, it's chaos. So when the band appears on the Ready Steady Go! TV show, a whole country stops breathing. The single I Can't Explain, released a few weeks earlier, reached the top of the charts. Then came My Generation!

The Who has it in their veins: the band wants to leave its mark on the history of popular music. The audacious English decided to create a rock opera, Tommy, which tells the story of a young deaf, dumb and blind kid who has become a pinball ace. The performance, unheard of at the time, left its mark on the minds of the entire world. It's a slap in the face, explosive, rebellious and carefree! The charts are on fire.

The records of a rebellious generation

The Who's reputation is made on stage. Each of the band's appearances was a violent thunderbolt in the rock'n'roll sky, as witnessed by the 1969 Woodstock crowd. But they also asserted themselves in the studio. His albums received the acclaim of an entire generation, who were overwhelmed by this explosion of rebellious anger. Two years after the huge success of Who's Next, the band presented Quadrophenia, their second rock opera, which went down in history.

Flirting too much with the white line, The Who begins to twist: Keith Moon, eccentric and self-destructive drummer, will unfortunately not survive the excesses of the London band. He dies by overdose, leaving the rock to go on without him. Nothing will be the same as before, and the band finally split up a few years later, in 1982, despite the success of the magnificent record Who Are You.

A new record, long after

Without John Entwistle, found dead in a hotel room in 2002, Roger Daltrey and Pete Townshend head for the studios: they have a new record to record. It's done: The Who are back, for good, with Endless Wire, their new album. Widely acclaimed by critics and lifelong fans, the work marks the beginning of a new chapter for British heroes.

Half a century and still wings

The Who is still going strong. They give good memories to the carefree ones of yesterday, and continue to seduce the younger ones. So, when the band announces the release of a new record, they push themselves to the gate to listen to the masterpiece. Once again, fans and critics alike are not disappointed. The Who holds its own. "A committed record, a reflection of tormented times," Rolling Stone magazine commented.

This is the concert you've been waiting for your whole life. It was pure genius! They didn't get a wrinkle. The Who were there and put on a great show! Pete is flamboyant, Roger keeps this incredible presence. And I would also like to underline the excellent performance of Starkey, son of Ringo Starr, who honours the memory of Keith Moon.

Sylvain, after a concert in Paris

Pete Townshend was the first to break his guitar on stage in 1964. This act of anger was initially completely uncalculated. It gives you an idea of the state of mind of The Who: a rebellious and over-excited quartet, ready to smash everything in its path. So to have the good fortune, more than half a century later, to see them back on stage, still with crazy energy, is almost a miracle.

More than half a century after their formation, only a duo of the original quartet remains. But the survivors are still in a rage and scream that they are not ready to be wise. Pete Townshend is even willing to smash his guitar on stage if it's for a charity sale.

It's the album we hadn't expected from one of the last rock legends. Seventy-something granddads Roger Daltrey and Pete Townshend come back inspired, committed, even enraged. They even give one hell of a rock'n'roll and youthfulness lesson to their many heirs.