The Very Best of John Williams

The greatest classics of the legendary composer
Ecouter 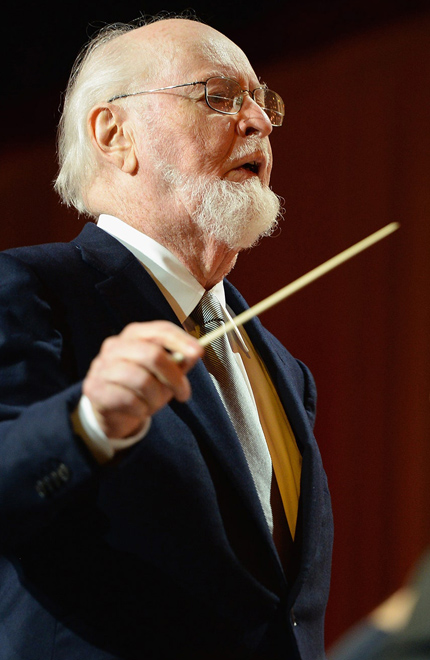 You probably remember movie themes such as Star Wars, Harry Potter, E.T., Jaws, Jurrassic Park or Indiana Jones? Only one name for so many blockbusters: John Williams. With more than 100 nominations worldwide, he is the second most nominated person at the Oscars behind Walt Disney. Thanks to his numerous collaborations with the greatest directors such as Steven Spielberg or George Lucas, John Williams is the most titled film composer of all time: 5 Oscars, 4 Golden Globes and 24 Grammys. Let's not forget that Williams has also composed numerous classical music works for the greatest orchestras. For example, a Horn Concerto for Dale Clevenger and the Chicago Symphony Orchestra, a Cello Concerto for Yo-Yo Ma and the Boston Symphony Orchestra or a Bassoon Concerto for the 150th anniversary of the New York Philharmonic.

Son of a percussionist, John Williams started playing trumpet, piano and trombone at a very early age. He later attended UCLA (Los Angeles) and learned composition from Mario Castelnuovo-Tedesco. Initially drawn to jazz, he orchestrated his own piano compositions. During his three years of service in the US Air Force, he tried his hand at conducting, and then perfected his piano skills with Rosina Lhevinne at the Juilliard School. Afterwards, he established himself as a pianist-arranger in Hollywood, where he met the film world and worked with composers such as Alfred Newman, Bernard Herrmann and Franz Waxman.

His career as a composer developed in the 1960s, he was solicited by television while writing more classical works. From the 1970s onwards, John Williams composed works for successful films, starting with "The Fiddler on the Roof" (for which he won his first Oscar) and "The Towering Inferno", and met with the success we know today.

We invite you to rediscover the greatest masterpieces of this incomparable composer, whose career spans over half a century of cinema! For this show, conductor and composer Matthias G. Kendlinger and his K & K Philharmonic Orchestra "Made in Austria" will take you on a journey into the fascinating world of John Williams' genius. Fly through space at the speed of light, dive into the depths of the sea and let yourself be enchanted by the magic of this timeless music. Various and sensitive lighting concepts will highlight the artists' performance and make the music shine. Concert goers can expect a captivating, emotional and powerful concert. Not to be missed!