Accueil The Temptations and Four Tops

The Temptations and The Four Tops 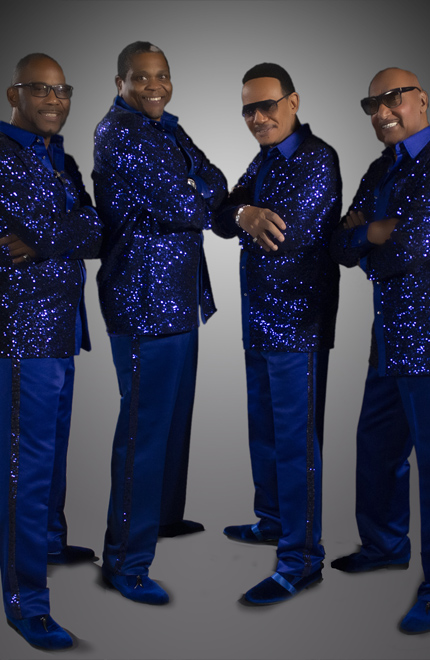 The Tamla Motown label and its incredible artists helped break down cultural and social barriers during the 1960s. The Four Tops and the Temptations are among the influential groups of that period. And their musical legacy continues to live on through the enthusiasm of their respective leaders, Otis Williams and Abdul Fakir.

Carried by the voice of Levi Stubbs, the Four Tops made soul music history. The Detroit group had one hit after another in a style mixing doo-wop, jazz, soul, R&B and disco. Among their biggest titles are I Can't Help Myself (Sugar Pie, Honey Bunch) and Reach Out I'll Be There (later adapted into French by Claude François). If the group had at the beginning a rather jazzy style, the sound becomes more R&B thereafter. Thanks to this evolution, the group will accumulate hits such as I can't help myself or It's the same old song.

The Temptations, also from Detroit, is considered one of the greatest male vocal groups of all time. With tens of millions of albums sold, The Temptations have had several songs top the Billboard Hot 100, including My Girl, Papa Was a Rollin' Stone and Ain't Too Proud to Beg. The group later broadened its horizons by opening up to funk and rock. Like the Four Tops, the band is now part of the prestigious Rock 'n' Roll Hall of Fame.

Here is an evening to reconnect with the magic of an era that continues to inspire musicians around the world. A must-see!