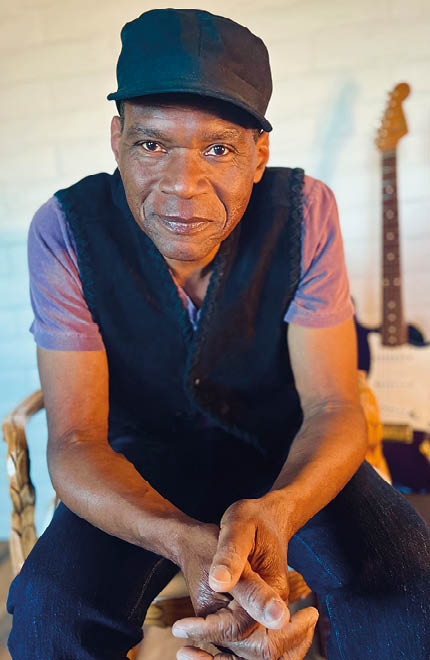 The track record is exceptional. In a career spanning more than 40 years, Robert Cray and his band have pocketed everything. Five Grammy Awards in the blues category, an induction into the Blues Hall of Fame, a list of hit songs that would make any artist envious and two Stratocaster guitars to his name.

Yet, far from hiding behind these impressive figures that cut short any debate on his status as a legend, Robert Cray remains a discreet, humble bluesman with a soft and poetic touch. And if the maturity is definitely there, we find the same desire, the same passion as in the young Robert of the early 80s, the one who measured his chance to play with his idol Albert Collins, the one who never stopped creating bridges between blues, soul and RnB.

Always modest, this great guitarist keeps in mind that "you have to get out of your own way when you write". And if he takes a side path, it quickly becomes the main path of a blues with roots in black America. Thanks to his guitar, in the fingers of a musician who knows how to capture the vibrations of the air to take our feelings wherever he wants and to capture us in a trance where the harmonies of the blues blend perfectly with sounds from jazz, gospel or funk. Then there's his voice, whose versatility and sophistication have nothing to envy to the great singers like Bobby "Blue" Band or Sam Cooke.

When you listen to the two ensembles, you can't help but be drawn into the universe of this genius artist, whose fire doesn't die out over the decades, but rather is fanned! For as Guitar Magazine likes to remind us, "Robert Cray doesn't make music, he writes history".

From architect to blues man

When he received his first guitar at the age of 14, the young Robert Cray was hooked on psychedelic rock. It was only a little later that he discovered the blues. And it was when one of his idols, Albert Collins, came to give a concert at his university that he took the plunge. His architecture studies were over, for the better, and he decided to embark on a career as a musician. By the end of the 1970s, he had formed his own band and began to build up a solid reputation thanks to his masterful concert performances.

The show can begin!

In four years, Robert Cray Band went from his garage to national tours, acquiring a small reputation in the blues world. And after a long period of admiring them from the audience, he finally released a record with Albert Collins and Johnny Copeland. Showdown! was a real success that propelled Robert Cray to iconic status. From then on, the band's successes and prestigious collaborations would follow one after the other, always carried by the talent, the superb voice and the elegant and masterful guitar touch of its leader.

Recognition of a blues legend

Several decades of high-flying blues are rewarded in 2011. The singer and musician was inducted into the Blues Hall of Fame and received the Americana Music Lifetime Achievement Award in the same year. The man who played alongside Clapton, Buddy Guy and Jimmie Vaughan has nothing left to prove. He has become one of those bluesmen who reign unchallenged and who write music history.

The Robert Cray Band is not about to hang up his guitar, and in 2020 they will be releasing a new blues-rock album entitled That's What I Heard. We find the singer and guitarist at the top of his game, with a moving voice that is as sincere as ever, and refined and percussive guitar solos. If we still had any doubts, the artist reminds us that he hasn't lost any of his sharpness or his audacity, accompanied by prestigious guests such as Ray Parker Jr or Steve Perry.

I had already seen Robert Cray live, but it's always so exciting and impressive to see a legend like him on stage. And apparently, I was not alone in feeling this kind of emotion in front of this blues monument. As usual, in front of this overexcited audience, he was very calm, gentle and humble.

In the series of great bluesmen of whom we will never tire, The Robert Cray Band holds a special place. His disconcerting honesty and his hallucinating guitar playing, all softness and finesse, are certainly a big part of it. From year to year, from album to album, we take an extreme pleasure to follow him and to see him reinvent under our eyes and in all humility a style full of history without ever losing the meaning.

Robert Cray - or rather the Robert Cray Band, as he likes to call it - has always been able to navigate the fine line between blues and soul. He proves it again in this balancing act that gives the album the soft and tender side that his reassuring voice characterises. The horns dress most of the compositions like a caress. A homogeneous assembly that gives the whole album a laid back feel, as if relaxed on a rocking chair under a veranda at cocktail hour.