On the beach of American rock
Ecouter 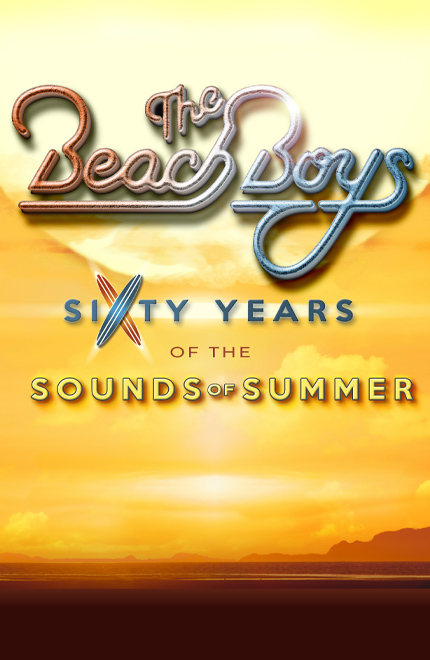 It smells like fine sand, blue waves and California sunshine. Because that's what the Beach Boys are like: they give a smile with their campfire anthems and their beach-goer look, Brian Wilson and Mike Love as beach-front sheet metal workers.

How many hands does it take to count the number of modern pop masterpieces sculpted by the Beach Boys? The question arises, so many these West Coast kids, now old wolves of a carefree generation, have put into orbit a new state of mind, based on surfboards, sunny good humour and holiday loves. Dandys from a time when brightly coloured shirts were de rigueur, they have overwhelmed the world with a wave of irresistible tubes that make you want to escape to the Californian coast.

The Beach Boys are a call to party, to the heavenly celebration of youth and the glorification of innocence. They sing along to sweet melodies that quickly make them the main rivals of Paul McCartney and John Lennon's band, much more so than the Rolling Stones. There was a real duel where creative overkill was permanent. In short, a time that the under-sixties can't know, at least not from books and stacks of vinyl records that miraculously cracked.

However, not everything was as rosy as it seemed. The good life of the sixties left its mark on this group, made up of three brothers, a cousin and a classmate. With a tyrannical father-manager, internal tensions, ego crises and excesses of all kinds, the flip side of the coin sometimes took its toll on the Beach Boys. Yet, if only time is the judge, The America's Band, as they are sometimes called, seems to have defeated even the wildest swells to impose its spirit with a touch of mysticism.

Three brothers, a cousin and Al Jardine, a classmate. A tyrannical father who imposes himself as a manager. The Beach Boys' scheme is a little quirk, which sometimes contrasts with the surf music and carefree melodies that these kids put into orbit. Never mind, as early as 1962, with the single Surfin', the band came out of the shadows. It's the first wave!

The Beach Boys are playing one record after another. In only a few months, thanks to a string of singles and to the very good Surf'in USA, which ranks second in national sales, the band seduces the US, but is swallowed up by the Beatles, who have just landed on American soil to swallow up Billboard. It is the beginning of a long and joyful battle at the top of the charts. In Europe, the Beach Boys are seen as the only ones able to compete with the British Armada.

After crazy years, marked by successes beyond the scale of the humanly imaginable, notably with the single Good Vibrations and the album Pet Sounds, the Beach Boys are entering a dark part of their history. The following albums did not work out as hoped. Brian Wilson is in the background. It wasn't until 1972 that the band's interest was revived again.

Back to the top of the poster

This is the first time that a group has achieved this feat: to let 24 years go by between two number 1 sales figures in the United States. The Beach Boys have done it: with Kokomo, a song featured on the soundtrack of the film Cocktail, the group is back to success. However, the legal squabbles between Brian Wilson and Mike Love quickly tarnished this success.

The return of the big buddies

For the first time in a long time, the Beach Boys are back, almost in their entirety, after Carl Wilson passed away in the late 1980s. It's an event: the Californian heroes present That's Why God Made the Radio and return to the stage to get the world dancing with his lifelong hits.

The Beach Boys gave us a very good concert with an excellent sound. Besides, when you have such a musical heritage, it would be difficult to wallow, unless you don't have a voice or enthusiasm. But on this point, despite the weight of time, Mike Love and his acolytes have nothing to worry about.

Jean-Paul, after a concert in Brussels

The Beach Boys' discography, which can be equated with that of the Beatles, is phenomenal. Moreover, it's not by chance that these two groups looked at each other like dogs at the time. But today, of the two, only one remains, because where Paul McCartney's band hasn't been for a long time, the Beach Boys still go on stage, and that's only happiness. Alone, they represent a long and beautiful time when we danced on these hits that make us feel good!

No retreat for rock dads. They remain the custodians of that unique sound of Californian rock and that joyful yet harmonically ordered exuberance that characterizes the Beach Boys. For they are much more than a surf-music band, they are the only American band that has been able to compete creatively with the Beatles.

The Beach Boys are not only the presumed inventors of yacht rock. They are also and forever the archetype of the band that isn't who you think they are. Blame it on striped shirts, surfboards, tampered cars and blonde California girls.