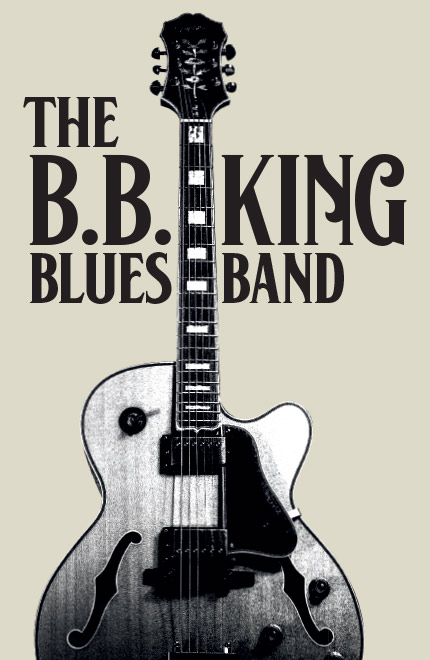 The unforgettable King of Blues left us on May 14, 2015, leaving us some of the most beautiful pieces of blues history. It's to keep this legacy alive that his musicians are back on the road! For more than half a century, B.B. King and his B.B. King's Band have delivered the best of blues music to the four corners of the world, with an average of more than 250 sold-out concerts per year. No one has forgotten such classics as "The Thrill Is Gone", "Everyday I Have The Blues" and "Why I Sing The Blues".

Despite the passing of the blues legend in 2015, the band is back on the road as the "B.B. King Blues Band". This band is made up of the members who toured with the artist until his passing. The band, composed of 10 musicians, is releasing "The Soul of The King" in 2019: a tribute album of 13 tracks impeccably produced in honor of the master. On the album, the band enlisted the services of several renowned guests such as Kenny Wayne Shepherd, Diunna Greenleaf or Taj Mahal.

On stage, the band is joined by singer and guitarist Michael Lee. Aged 30, he was spotted in the American version of The Voice in 2018. He brings to the band his soulfulness and a vitality that does justice to B.B. King's best songs. Raised on the sound of the blues since childhood and having already played with experienced musicians, Lee has earned his legitimacy to perform in the band. And the chemistry works from the very first notes. It is not an easy task to replace the King of Blues and to play with those who accompanied him all these years until his death. But Michael Lee is definitely the man for the job. The public acclaimed him for his singing, but also for his efficient guitar playing.

In addition to Michael Lee, the band includes James "Boogaloo" Bolden, Walter King, Russell Jackson, Eric Demmer, Wilbert Crosby, Lamar Boulet, Darrell Lavigne. Guests may also join the tour. More than a Tribute Band, it is a true celebration of the life of B.B. King that the band presents to us, which will please those who have never had the opportunity to see the legend on stage. A memorable evening in perspective that the legend himself would have undoubtedly validated!