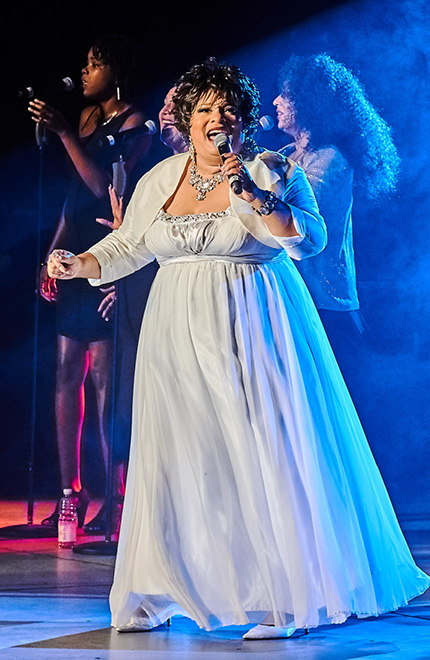 Aretha Franklin. Undisputed Queen of Soul. Winner of several Grammy Awards. First woman inducted into the Rock and Roll Hall of Fame. The Queen of Soul passed away on August 16, 2018 in Detroit following a colorful life. The show entitled 'RESPECT - The Aretha Franklin Tribute Show' will showcase the highlights of her career and present a rich slice of her musical work by combining entertainment, biographical anecdotes and musical quality.

and 'Ain't No Way', each in their own way, with richness of expression and individuality. They will also pay tribute to the gospel singing prodigy through lesser known gems such as 'I Know You Were Waiting' (Duet with George Michael), Sisters Are Doin' It For Themselves (Duet with The Eurythmics) or through heartbreaking ballads such as 'Bridge Over Troubled Water'.

Singer and host Menoosha Susungi will present the evening in her choice of English, French or German. This show is dedicated with Love and Respect to Aretha Louise Franklin. The immortal Queen of Soul, who through her work will live forever in our hearts.