Bringing a legend to life
Ecouter 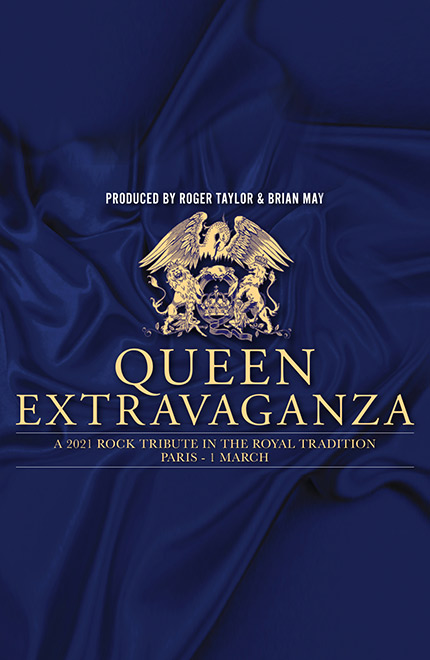 To evoke the name of Queen is to invoke a legend. It is to see again on stage an iconic Freddie Mercury, dancing under the hammering of drums and electric riffs that nothing seemed to be able to stop. It's hearing the clamour of stadiums all over the world.

And the void left by the mythical London band is a chasm. So deep that it looks like abysses that would have already swallowed up an impressive number of bands wanting to revive the fervour, to revive songs that still resonate in all heads. For it is certain, it is not Queen who wants.

But Queen Extravaganza is not one of those ordinary tribute bands. No, it has its roots at the source, in the will of Roger Taylor and Brian May, ex-musicians of the legendary band, to make their songs resound again on stage. It was the latter who organised one of the most hysterical auditions in history to find young talent worthy of theirs. To find voices that could carry Freddie Mercury's message, almost 30 years after his death, without producing a pale copy.

Five musicians and no less than four singers, led by Marc Martel, caught the eye of the former drummer who produced the band himself. Charisma, energy, passion, it took no less to rekindle the flame of one of the most popular bands in history. Bohemian Rhapsody, Another One Bites the Dust, We Will Rock You, immortal songs that rise from the ashes in explosive concerts and with all their original vocal complexity. A tour de force for the band, which definitely makes us think that yes, The Show Must Go On!

The return of American Idol

Hardly formed, the group makes a very noticed passage in American Idol. Queen Extravanganza sets the fire with Somebody to Love, with great reinforcements of vocal performances and back flip to close the guitar solos. But the highlight of the show comes when the stage reveals the two former members of the mythical band, Roger Taylor on drums and Brian May on guitar. In the wake of this, the band sets off on a triumphant tour across North America.

Queen Extravanganza, at last in Europe

Almost ten years after its creation, Europe is finally getting ready to receive the Queen Extravanganza. A tour through France is announced for March 2023, including two consecutive dates at the Olympia (Paris). The Queen legend is coming !

The crowd was unleashed from the start of the show, far too impatient to hear the great classics of his idols on stage! And I wasn't disappointed. Queen Extravanganza covers Queen's songs almost perfectly, with a little personal touch. The songs are very well distributed between the singers and the musicians send some heavy stuff.

Donna, after a concert in Canada

It's always tricky to cover a legend like Queen and many bands have broken their teeth on it. But not Queen Extravanganza. Maybe because at the controls, there's the sheet metal worker Roger Taylor? Maybe because they don't want to fall into imitation? In any case, these boys have the peach and offer a tribute that you absolutely must go and see, paying an exalted tribute to their idols!