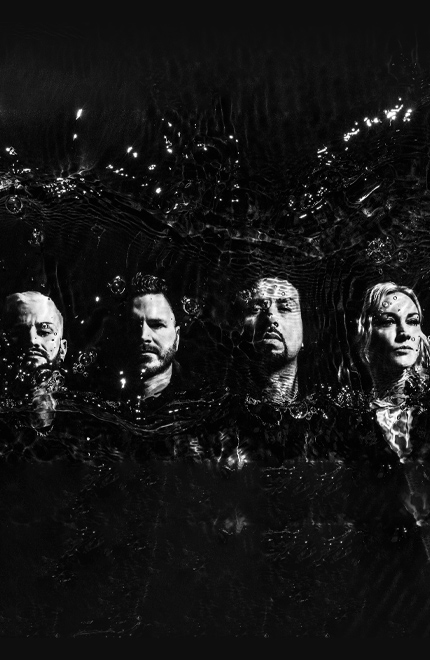 Hailing from North Muskegon, Michigan, Pop Evil has been producing muscular alternative metal for over 20 years. This longevity is due to the tenacity and charisma of the band's leader, Leigh Kakaty, and the heady, energetic melodies that characterize their compositions. If their reputation is now well established in the United States, the band has not forgotten their fans in Europe! Their patience will soon be rewarded.

Pop Evil's origins lie with Leigh Kakaty and drummer Dylan Allison, who worked together in the indie pop/post-grunge band TenFive. When the band split up, the two formed Pop Evil and produced their first compositions independently. Their music eventually caught the attention of Universal, who re-released the album Lipstick on The Mirror and allowed them to open for Whitesnake and Judas Priest.

The albums that followed were also successful in the mainstream rock and hard rock charts, allowing the band to headline in the United States and travel outside their home country for the first time to open for Black Label Society and Seether. The success has continued over the years, including their track Trenches which was number 1 in the mainstream rock charts in 2013.

It goes without saying that Pop Evil has become a sure thing in American alternative metal, just like Shinedown, Crossfade or Puddle of Mudd. The Americans will soon be back on stage to thrill their fans, just like their last Parisian concert at the Trabendo in 2019.