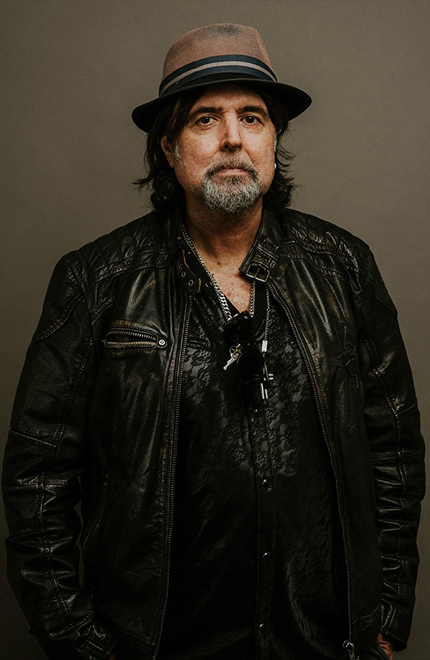 More simplicity perhaps? To free yourself from the weight of an audience that's waiting for you forever at the top? Still, the dissolution of Motörhead marks for the guitarist as much an end as a beginning. As soon as the page has been turned, he is already thinking of putting both fingers back in the socket to electrify his audience. Accompanied this time by his three sons and singer Neil Starr. A family business that had already existed for a few years under the name Phil Campbell's All Starr Band. And which this time takes on a name that sounds like the big fucks they drop in their clips: Phil Campbell and the Bastards Sons.

In the lyrics, it sounds like Motörhead, but you can quickly sense that this new band is not a copy of the previous one. We find the bass humming and the drums hammered like an indestructible anvil. But fortunately, it seems that youth doesn't leave all the reins to its daron. For their albums also smell of southern blues, harmonica, catchy chords. The "bastards" Campbell led by Starr don't let themselves be led and give the band another boost, which sounds like a wild rock cocktail. Those who always make you want to stomp your feet, jump in rhythm or swing your long hair back and forth!

In 2014, the Motörhead guitarist starts playing with his sons. More to have a good time than to set up a real project. But the death of his great friend and leader Lemmy Kilmister, which causes the dissolution of the mythical band, will change the situation. From side-project fun, Phil Campbell and the Bastards Sons is brought to the forefront. And what scenes! They play a series of opening acts: Guns n' Roses, Saxon, Hawkwind... And the biggest festivals. Fatally, a first album was released two years later. The Age of Absurdity shows that the youngsters have it under the pedal. Between hard rock and old-fashioned blues, it is a real success.

In the confinement of the Covid 19, Phil Campbell, his three sons and their singer Neil Starr do not allow themselves to be overwhelmed by gloom. They record a second album that already, fans all over the world are waiting for! It has to be said that by taking Motörhead classics on stage, coupled with their own songs, they immediately conquered every rocker's heart. We're The Bastards is planned for the end of 2020, with Neil Starr already showing great excitement about this opus: "It's really great to know that we have an audience. We know that people are waiting for this album and we had a lot of fun during the recording, it was really exciting".

It's amazing how humble Phil Campbell is in his new band. The super rockstar gives space to his singer and his sons and it's a hit. In the pit, it moves, jumps and pogs on completely electrifying riffs. We end up sweating but it was so good!

Clémence after a concert in Bordeaux

Phil Campbell and the Bastards Sons could be seen as a revival of the legendary Motörheads. But listening to them, you can tell that this is not the case. If some tracks are quite heavy, the sound is more licked, sometimes even downright catchy. We rediscover all Phil's talent, not to mention his sons and Neil Starr always impeccable on vocals, in this more intimate and family format that is really far from displeasing us.

In concert, therefore, expect a resolutely rock'n roll set... How could it be otherwise when you know that this guitar hero was in Lemmy's band for 32 years! On stage, the accuracy of Neil Starr's vocals is remarkable and the fervour quickly seizes the audience when Motörhead's songs are sent out in full force. Phil Campbell's ever-frenzied riffs are revealed by his talented sons: it's a real musical explosion on stage.