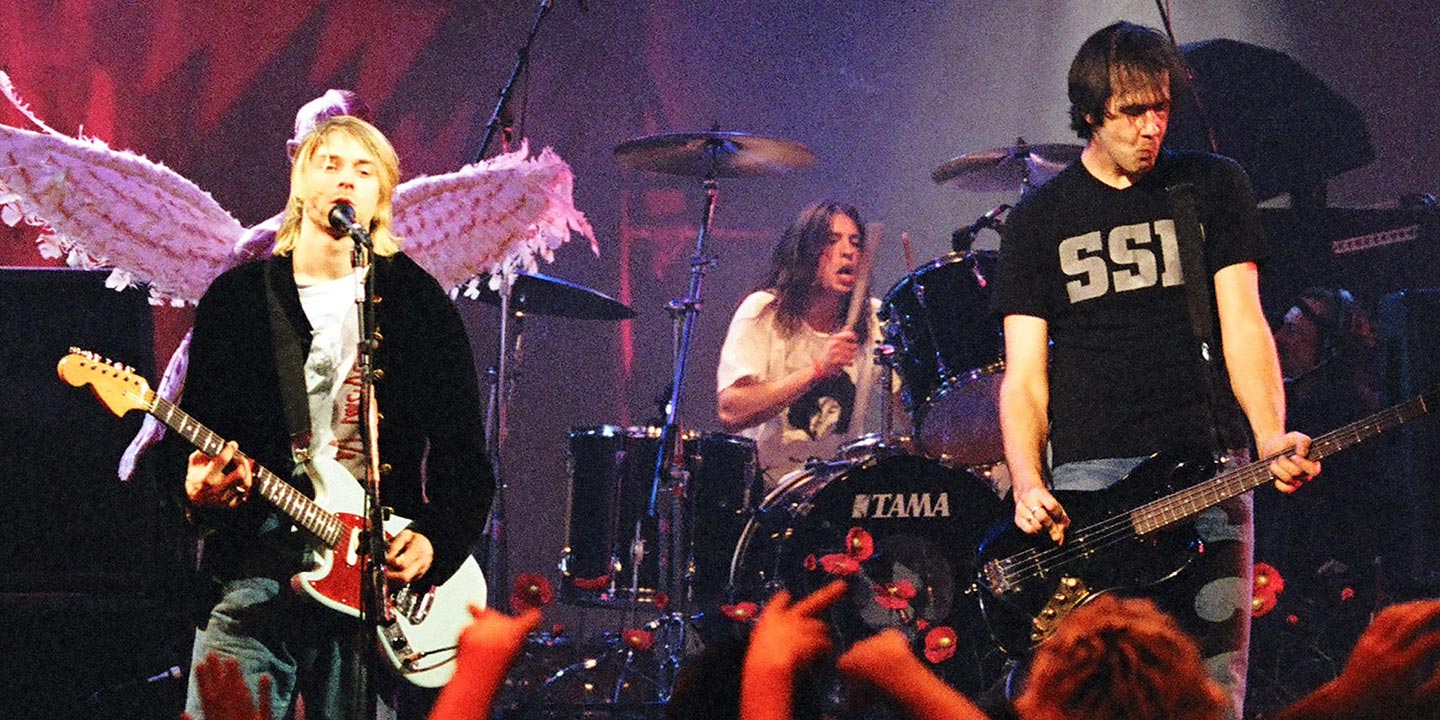 The flagship trio of the US grunge scene 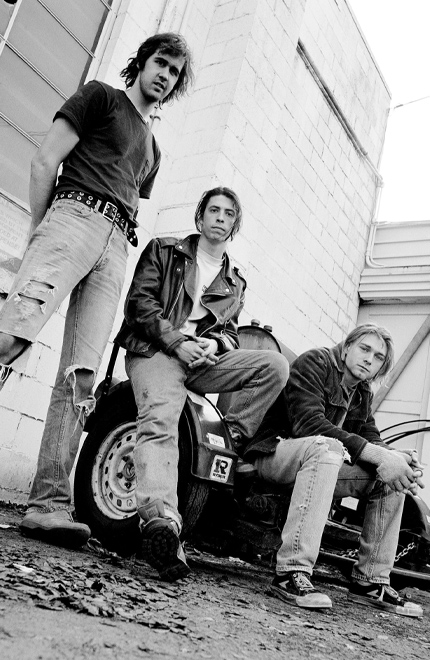 "Smells Like Teen Spirit", "Come as you are", "Lithium"... So many titles that have become anthems for a whole generation. Nirvana has definitely entered the legend of the grunge scene of the early 1990s, despite only three studio albums and the death of its charismatic leader, Kurt Cobain, in 1994.

The singer, guitarist and composer Kurt Cobain first played in various bands with his friend and bassist Krist Novoselic. Nirvana was formed when Chad Channing joined them as a drummer. The band released its first album, "Bleach" in 1989. After that, Chad Channing left the band and was replaced by Dave Grohl. The band then signs a contract with Geffen Records. They become one of the mythical bands of the Grunge movement, alongside Alice in Chains, Pearl Jam and Soundgarden. They were nicknamed the "Big Four of Seattle".
Their second album, "Nevermind", was released in September 1991, with the single "Smells Like Teen Spirit". The video for the single was streamed on the MTV music channel, and the album sold over 3 million copies in less than six months. The album went on to sell over 30 million copies worldwide. In 1992, the group participates in the Reading Festival, which will be one of the most successful stage performances of their career. Nirvana isolates itself at the beginning of 1993 in the Pachyderm studio with Steve Albini and records its third album, which wants to be in a different direction from its predecessor. "In Utero" was released in September 1993, accompanied by the single "Heart-Shaped Box" and went straight to the top of the various sales charts, although it was not promoted. In mid-November, the band performs on the MTV Unplugged show. They also performed covers of Leadbelly's "Where Did You Sleep Last Night" and David Bowie's "The Man Who Sold the World". Afterwards, the recording from this concert will sell more than six million copies worldwide.

On April 5, 1994, Kurt Cobain disappeared. The band decides to stop the adventure and the remaining members will invest in new projects, including Dave Grohl with the Foo Fighters. Many albums and box sets were released, including "From the Muddy Banks of the Wishkah" in 1996, a first self-titled best-of in 2002 and another box set entitled "Sliver" in 2005.

The compositions of Nirvana were noticed thanks to the themes that were developed. It could be drug addiction, machismo, love or Cobain's childhood. Finally, the energetic, or sometimes chaotic, concerts of the group contributed to their reputation. The career of the band, although short, has marked the history of rock.