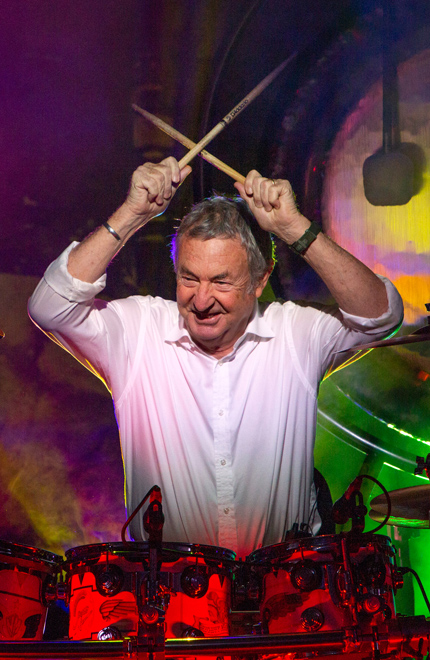 He is the member of Pink Floyd who knew all the formations of the group, from 1965. He played on all the albums and faced the tense relations between Roger Waters and David Gilmour and the eviction of Richard Wright. He is back on stage to revive the band's early albums.

If many fans discovered the band with the essential album "Dark Side of the Moon" of 1973, Nick Mason wished to put forward the earlier albums, going from "The Piper at The Gates of Dawn" (1967) to "Obscured by Clouds" (1972). These albums symbolize the psychedelic then progressive period of the group, before reaching a wider public. Nick Mason wishing to carry out an approach different from a Tribute Band, or the solo concerts of Waters and Gilmour. Besides Mason, the band is composed of Gary Kemp, Guy Pratt (who had played with Pink Floyd from 1987, then with Gilmour), Lee Harris and Dom Beken.

The band played its first concerts in London, in the Dingwalls venue in 2018. Afterwards, it played in sold-out theaters, including the Roundhouse where Pink Floyd played a lot in the 1960s. A live album will be released, "Live at the Roundhouse", which allows to appreciate the performance of the group, doing justice to the first songs of Pink Floyd such as "Astronomy Domine", "Arnold Layne" or "Set the controls for the Heart of the Sun".

Despite their schedule being impacted by the health crisis of 2020, the band is more than ever ready to resume this beautiful adventure. We can only agree with Michael Hann of the Financial Times: "It was an extraordinary and joyful show, a reminder of what a special and brilliant band like Pink Floyd was... If you have the slightest interest in Pink Floyd, don't miss this band... You won't even need acid to be wowed! "