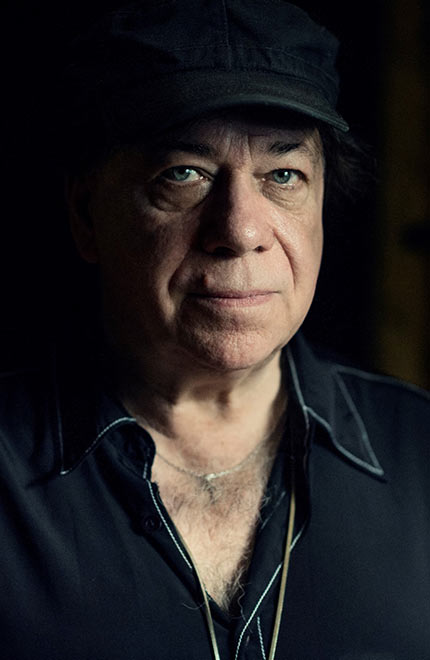 Magma is a gliding adventure through the ages. Reflecting a legendary longevity, the group continues its route made of experimental flights. Beware, when the French volcano erupts, the energy is intact.

Without betraying the purity of its beginnings, Magma has survived everything, like a thousand-year-old volcano that wakes up whenever it wants, with violence and elegance. The oldest French band in activity, Christian Vander's band continues its incredible journey towards a universe where the soul of jazz strikes with authenticity the epicenter of experimental rock.

On stage, everything is different from the rest. Magma imposes its aestheticism, almost hypnotizing, as if to continue to feed, with strength, conviction and energy, a furnace half a century old. Avant-gardist by nature, the virtuoso group pushes back the boundaries of the ordinary, to the point of sculpting its own extraterrestrial language - the Kobaian - and self-proclaimed its own musical style - the Zeuhl.

Yes, Magma, unclassifiable cosmic radiation and former fiefdom of Didier Lockwood, is an attitude in its own right: indomitable, independent, provocative. It is surely thanks to this born anti-conformism, anchored in the bowels of the project, that the group resists, without flinching, the weight of the years and the musical fashions, which die out one after the other. For in Magma, light, strange as it is, seems eternal.

While Charles de Gaulle is still President of the Republic, Christian Vander and Laurent Thibault found Magma, an experimental and futuristic group. In Paris, the pioneers of progressive rock quickly make themselves noticed on the local scene, after some initial setbacks.

Ahead of its time!

Magma enters the big league with the release of Mekanïk Destruktïw Kommandöh, a major work in his discography. Ahead of its time, the group then tells the story of Nebehr Güdahtt, a Kobaian prophet who asks the earthlings to gain wisdom in order to escape misery, wars and pollution. A message that resonates strongly today!

Magma goes back into the cosmos

20 years after her last record, Magma presents Köhntarkösz Anteria. The adventure starts all over again, with the release of six sumptuous albums between 2004 and 2019. The spaceship is relaunched, the fans are overwhelmed.

Aliens in the land of metal

Magma is always inhabited by his music. Just look at the crazy drummer, eyes closed, shaking his head like a shaman in a trance, to realize it. Tonight, the earth shook under Magma's drums.

Jérôme, after the concert in Clermont-Ferrand, at the Coopérative de Mai

It is an honor to collaborate with such a mythical band, which has played a considerable role in the world of progressive rock. Its longevity amazes us all. It's simple: when the band celebrated its 50th anniversary, we could hardly believe it, as Magma remains so impressive on stage. This band will always surprise us with its artistic sincerity and boundless creativity.

The group founded in 1969 by Christian Vander is still alive and well, and is even getting better and better, experiencing an astonishing return to grace. The old cool babas of yesteryear or progressive rock fans still love it, but metal fans have gotten into it too.

The music, at the same time light and powerful, airy and earthy, dreamlike and martial, melodic and rhythmic, of great rigor, rises in slow crescendo to a form of final ecstasy.

The Parisian - The Telegram