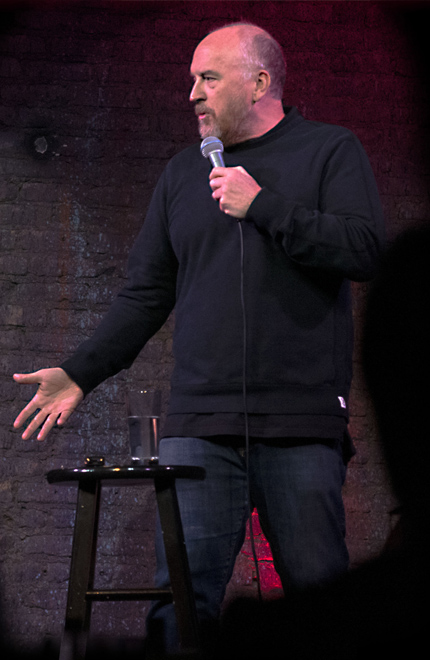 Louis C.K. is a six-time Emmy Award-winning American comedian born in Washington, D.C. in 1967. After growing up in Mexico, where his father is from, until he was 7 years old, Louis and his family moved to Boston where he made his debut in the stand-up world.

Louis Székely, his real name, is the first comedian to fill three dates at Madison Square Garden in New York. Inspired by Bill Cosby, George Carlin, Richard Pryor and Steve Martin, he made his New-York stage debut in 1989, in addition to writing and directing short films.

His shows include Shameless, Chewed Up, Hilarious, Word -Live at Carnegie Hall, Live at the Beacon Theater, Oh My God, Live at the Comedy Store, Louis C.K. 2017 and most recently Sincerely which is still available on his website. Louis is also the creator, writer, director and star of the Peabody Award-winning television series Louie and Horace and Pete.