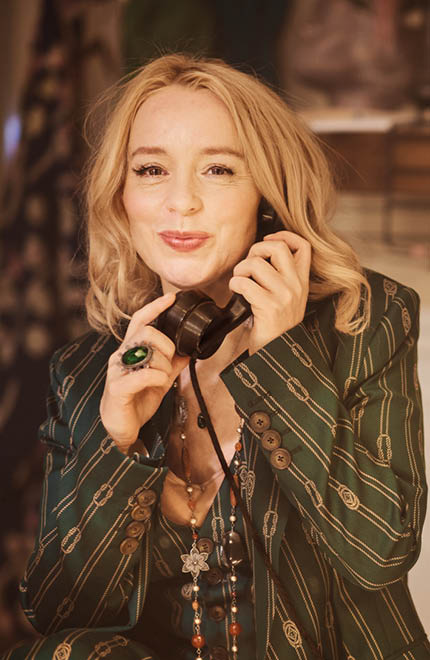 Lisa Ekdahl is 30 years of career, 2 million albums sold, 200 million streams and concerts around the world. And yet she remains an artist who likes to surprise. A recognizable timbre between thousand, from Sweden, and became a leading figure of the jazz scene of the early 90s.

The singer has always known how to reinvent herself, brilliantly carrying out audacious projects in genres ranging from pop/folk to bossa nova, and of course jazz. She began singing in the jazz group The Peter Nordhal Trio. Lisa Ekdahl will say that these years spent playing in clubs with this famous trio represent for her a kind of "musical education".

Her first album revealed her to the general public, who discovered a relaxed style, associated with her fragility and sensitivity. It is a success since the album is certified quadruple platinum and won 3 Grammy Awards.
The singer has performed all over the world (Europe, United States), keeping a particular link with the French public: as a proof, the album Lisa Ekdahl at the Olympia in Paris. She has also collaborated with Henri Salvador and Ibrahim Maalouf.

Her soft and childish voice, reminiscent of Blossom Dearie or Diana Krall, remains recognizable between thousand. And even when she covers other people's songs (Beyoncé, The Supremes, Beatles...), she manages to make them her own in a totally unique way.

It is precisely with covers that Lisa Ekdahl is back today, with an album covering great pop songs of yesterday and today: Grand Songs. It's been more than 20 years since she recorded songs written for others! This album has already been nominated for a Swedish Grammy Award in the category of best jazz album.
Lisa Ekdahl has not finished surprising us, always halfway between jazz, soul and folk! Not to be missed on stage.