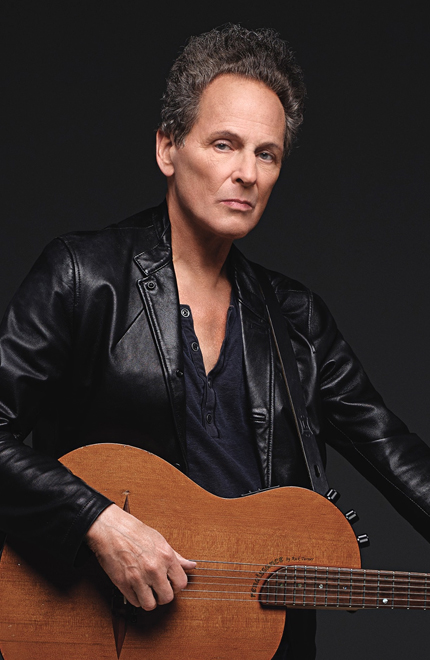 His name is inseparable from the American Fleetwood Mac, of which he was the guitarist and one of the voices from 1975 to 1987, then from 1997 to 2018. A guitar virtuoso, he was responsible for such classic songs as Go Your Own Way, Never Going Back Again, Big Love and Second Hand News.

In parallel, he leads a solo career since 1981 which highlights his talents as a guitarist and his different influences. In 2011, he was ranked among the 100 best guitarists of all time by Rolling Stone Magazine. He will be back in 2021 with a new solo album that he will present on stage very soon. A legend not to be missed!

Born in Palo Alto on October 3, 1949, Lindsey Buckingham grew up with his brothers in Atherton. He became interested in music at a very early age and practiced guitar on his own, listening to folk records (The Kingston Trio) or surf rock (The Beach Boys). He developed a finger-picking technique and did not use a pick to create a unique sound, which would later differentiate him from other guitarists.

At fifteen, Lindsey Buckingham formed the band Fritz with his friend Stevie Nicks. When the band split up, he continued to work with Nicks, who had meanwhile become his girlfriend. The album Buckingham Nicks (1973) was released in the wake of the group's breakup and was not well received by the public, despite the good critical reception. After that, the duo worked on new demos with Keith Olsen, the new producer of Fleetwood Mac. The group, shaken by the departure of its leader Peter Green, hired Buckingham who in turn imposed Stevie Nicks on vocals. This was the beginning of Fleetwood Mac's "American" period, which took the band to the top of the charts with the albums Fleetwood Mac (1975), Rumours (1976) and Tusk (1979). Rumours alone sold over forty million copies.

Lindsey Buckingham began a solo career with Law and Order (1981) and Go Insane (1984). In addition, he participated in the soundtracks of the films "National Lampoon's Vacation" and "Back to the Future". He left Fleetwood Mac in 1987 after the album Tango in the Night, of which he was nevertheless the main contributor. In 1992, after five years of intensive studio work, he released his third album Out of the Cradle, marked by the loss of his father and brother Greg. He rejoined Fleetwood Mac in 1997 for the MTV concert The Dance. He still pursues his solo career between the band's tours, releasing Under The Skin (2006), Gift of Screws (2008) or Seeds we Sow (2011). More recently, we saw him record a duet album with Christine McVie, his former partner in Fleetwood Mac. Released in 2017, the album will be followed by a 38-date tour.

In 2018, when Fleetwood Mac decided to part ways with the guitarist, Lindsey Buckingham entered the studio to record a new opus. This one is announced for September 17, 2021, a year that will also sign his return to the stage. During the period of pandemic, the guitarist also proposed an online concert named "at home with Lindsey Buckingham", in December 2020.
Don't miss the return of one of the most talented rock guitarists of his generation