The Italian rocker of all records
Ecouter 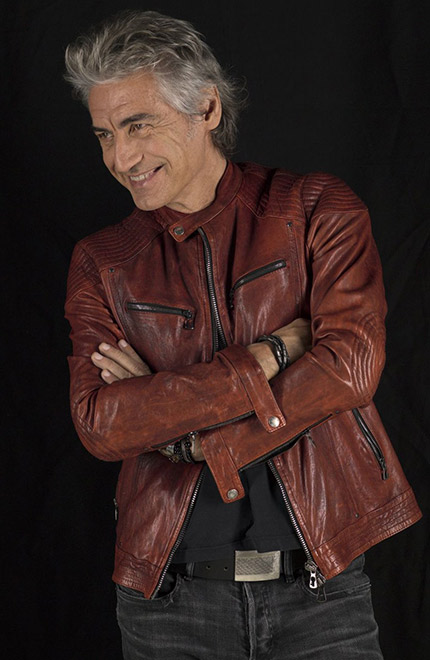 In Italy, few rock artists can boast of having a popularity and a commercial success similar to that of Luciano Ligabue. And this for more than 30 years.

Ligabue was born in Correggio in 1960. Since his childhood, the artist was already fascinated by the music and at sixteen years, his father offers him a guitar. From then on, he began to write songs. He became known in the group "Orazero" in the late 1980s. It is at the age of 30 that his career takes off with the release of his eponymous album in 1990. The record will be 5 times platinum. It is with his song "Balliamo sul mondo" that he won the "Festivalbar 1990" in the youth category. He distinguishes himself from the beginning of his career by a formula combining a rock attitude and the finesse of a songwriter.

Over the years, he has developed a special relationship with his audience, who come in ever greater numbers to his concerts. It is worth noting that his first tour lasted from 1990 to 1993 with 250 concerts throughout Italy! His following albums were also critical and popular successes, allowing him to establish an imposing national fame. However, Ligabue has many strings to his bow, as he is also a writer. He published the collection of short stories "Fuori e Dentro Il Borgo" in 1997. He also established himself as a director with the film "Radio Arrow" in 1998, which received several awards.

But it is definitely on stage that Ligabue's talent is embodied. In the 2000s, the artist will literally explode the number of spectators present for a concert in Italy. His concert of September 10, 2005 in Reggio Emilia will gather 165 264 people! The artist definitely touches the public by his facility to tell in his songs stories that touch each one of us, in the deepest. According to his own words, he wants to write songs that represent "that bad habit that we never want to give up" (in Italian "quel vizio che non si vuol smettere mai").

If he is mainly known in Italy, the artist can also count on a fan base present everywhere in Europe. So we can't wait to see him again where he feels best, on stage!