A poet above all
Ecouter 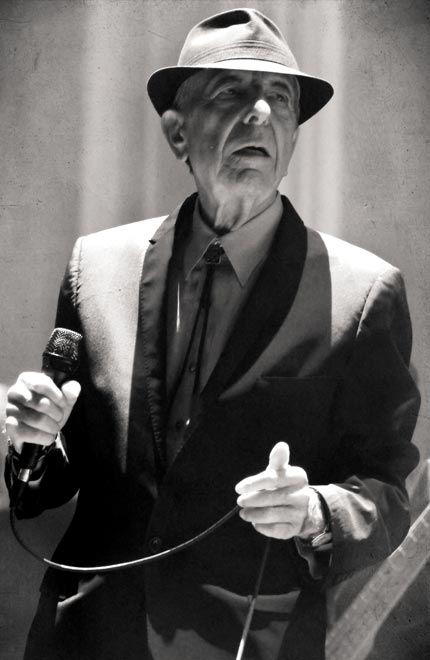 Like his contemporary and friend Bob Dylan, it is difficult to describe Leonard Cohen as he seems to have lived a thousand lives. A few years after his death, what can we retain from his immense work?

Titles that have marked generations and that have been taken up hundreds of times? His Dantesque story with his lifelong love and his muse, Marianne Ihlen, from whom he had been separated for a long time? The deep darkness as well as the incisive lucidity that always illuminates each of his texts? Hard to say... And if Leonard Cohen's life may seem to be a succession of successes and golden ages, the truth is more like that of a tortured artist, in perpetual quest for spirituality, wise among wise and a songwriter of genius.

For yes, he who was not destined for music is a poet at heart whose collections have traveled the world. But he is also a darkened being, who has never hidden his depression and who does not hesitate to use it to reveal sublime texts, where the divine meets the absurd, where the sacred rubs shoulders with the profane. Songs with simple and subtle melodies that lead to deep contemplation, reflection, nostalgia and a welcome, almost expected slowness.

Introspective, the scene seems to him more like a lion's den than an outlet. In fact, he says that he sometimes feels like "a parrot chained to its stand". A question of perfection, no doubt, when you consider that he worked for more than five years on his most famous title, Hallelujah. So what is there to remember about Leonard Cohen? No doubt and in all simplicity that he has left his musical mark over the last fifty years.

The writer becomes a singer

Poet and writer above all, Leonard Cohen became a songwriter, then a singer because he could not make a decent living. In 1967, he released his first album, already imbued with the darkness and genial melancholy that characterized him, soberly entitled Songs of Leonard Cohen. It contains a version of the hit that had broken through the previous year, Suzanne. This time, the artist's career is on the right track!

"We bring you peace"

Although the singer gave thousands of concerts during his career, it only became easy for him at the age of 70. He often hides his embarrassment under his irony, helped by a little bit of drugs or alcohol. But that night in Jerusalem, the pressure is too much for an artist born into a Jewish family. In the middle of the concert, he leaves the stage in a hurry, crying. Neither his manager nor his band can bring him back to his senses, and it is only after hearing the audience sing "Hevenu Shalom Aleichem" ("We have brought peace upon you") that he will continue his performance.

The song with more than 300 covers

Leonard Cohen retires from the world

Shortly after the end of The Future's promotional tour, Leonard Cohen decides to take a break and enters the Buddhist monastery on Mount Baldy. He finally stayed there for almost six years. A mystical break that will be prolonged since the singer then goes to Mumbai to study spirituality for a year. He returns, he says, free from his depression.

It is only in 2008 that Leonard Cohen, appeased, completely reconnected with music by embarking on a new world tour, giving us the honor of performing at the Olympia in Paris. And far from posing as an aging artist, he released an album considered as major by some, You Want it Darker, whose eponymous song, confession of a man facing death, is a real gem. It is with this masterful title that this great man takes his bow in November 2016.

It was one of the most enjoyable concerts I've ever been to, from an artist who has nothing left to prove. More than three hours that I have not seen pass! And I have rarely seen such a captive and respectful audience, holding its breath at every silence to end up applauding to remind the star singer many times.

Alessandro after a concert in Nice

With his deep, hoarse voice, his melodies that Bob Dylan called "his greatest genius" and his lyrics whose dark romanticism lifted hearts, Leonard Cohen left an immense legacy to the world of music. From rock ballads to folk ballads, he wrote songs that will be remembered for a long time to come, until his last breath.

The Canadian musician Leonard Cohen has left his melancholic mark on a post-sixty-eighty generation rocked by his deep voice on ballads that are often black but romantic as one could wish for.

Leonard Cohen is with Bob Dylan and Neil Young the last giant of North American music. A poet, writer, but above all a genius singer-songwriter, he has since the 1960s inspired entire generations of songwriters and, through his art of unheard-of richness, modernity and depth, has thrilled fans all over the world.