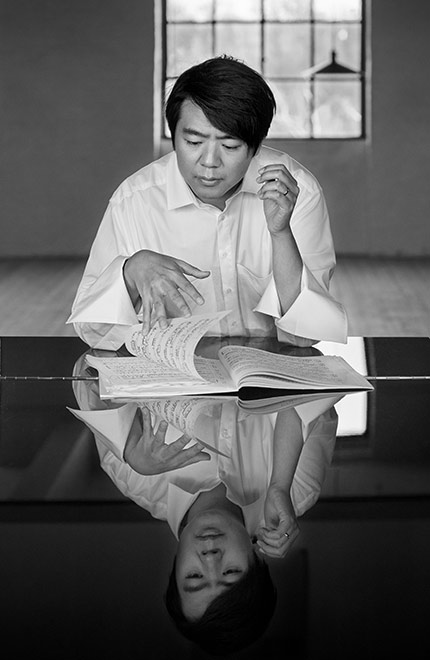 He takes pop-star poses but possesses a virtuosity that is unequalled in this world. He can run his fingers on a piano in front of billions of people without flinching and wait 20 years to finally dare to take up Bach again. He is praised by critics but takes the time to listen to those who criticize him. For the genius Lang Lang is like that. An explosive mix of talent and questioning that has restored classical music to its former glory and put it back at the top of the charts.

His story is that of a boy prodigy born in China, a pure product of the one-child policy and over-trained since childhood by parents who saw their own careers reduced to ashes by the Cultural Revolution. But it is also that of a workaholic who only presents his work if he is sure he has reached perfection. And for this reason, he withdraws from the spotlight, surrounding himself with renowned pianists and conductors including Christoph EschenBach and Daniel Barenböim.

Daniel Barenböim regularly says that he plays "like a cat with twelve fingers". Fast, precise and delicate, the notes spurt out in a tremor or a whisper that always sounds right. And which delights the greats of this world, from Barack Obama to Pope Francis, through Queen Elizabeth II, as well as the general public. In some years, Lang Lang gives more than 130 concerts for him all over the world.

For his exploit is also there! Famous throughout the world and erected as a demi-God in his own country, he makes people rediscover classical music and the works that are dear to him, from Tchaikovsky to Beethoven, by giving it back the place it had gradually been forgotten. That of linking peoples by provoking universal emotions.

The child prodigy becomes king of the piano

Since he was 5 years old, Lang Lang has won all the titles and all the competitions in which he participates. But it was in 2001 and at the age of 19 that he revealed himself to the world, performing for the first time at Carnegie Hall in New York. From that moment on, he played with the world's leading orchestras and his albums, including Tchaikovsky, Mendelssohn: First Piano Concertos (2003) and Memory (2006), were to go on to become Billboard's best.

In front of billions of spectators

He had already participated in the opening ceremony of the World Cup in 2006. But two years later, it was at home that he played before the eyes of the entire planet by opening the Olympic Games in Beijing. It was a show of millimetres and a consecration for this artist who is acclaimed in his country.

From classic to metal?

Technician, but also innovative! Lang Lang never hesitates to bring classical music out of the big orchestras. And he proves it once again by joining Metallica on his title One at the Grammy Awards ceremony. The following year, he created the event once again by performing alongside Pharell Williams for Happy.

To the assault of a sacred monster

It is after 20 years of career that Lang Lang feels mature enough to take on what constitutes the Everest of classical music: Johann Sebastian Bach. In reworking the Goldeberg Variations, he updates a work that took him "27 years to get ready" and delivers a slow, almost mystical version that approaches like an inner walk.

One of the best recitals I have ever heard. Lang Lang has a unique piano touch and masters the classics to perfection. In fact, I was happy to rediscover some of the pieces that my memory had overshadowed.

Laurence after a concert in Lyon

We no longer present this gifted pianist of his generation, who tirelessly travels the globe to reveal his sensitivity and virtuosity in the most beautiful concert halls. A pop star's signature attitude, it's always a great moment to see him throw his briefcase to a conquered crowd and still standing at the end of each of his concerts.

The public appearances of this pianist are those of a rock star. Famous in the United States, demigod in China, where he has become the symbol of a new cultural revolution, Lang Lang surfs on the Chinese wave that instituted the piano and Western classical music as the paragon of modernity.

Lang Lang is not a pianist like the others. There is a kind of carelessness and naturalness in his way of playing that makes the act of the concert enjoyable. One no longer asks questions, one listens with an almost suspicious naivety.