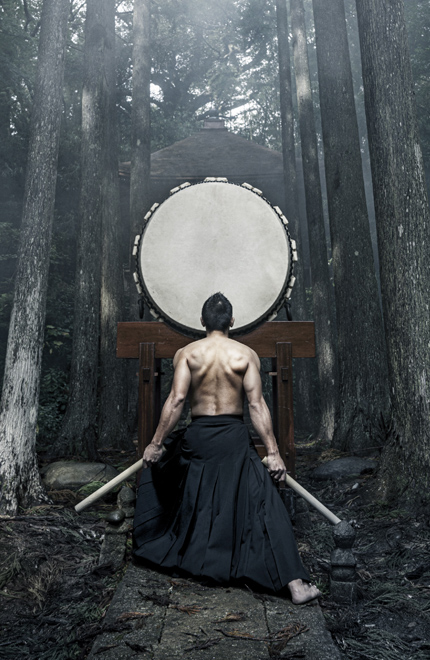 The group gave its first show in 1981, at the Berlin Festival. Since then, its members have changed, its directors too, but it remains. Its year is divided into three parts: one third on the roads of Japan, one third on the roads of the world, one third at rest on the island of Sado. With more than 6500 concerts to their credit, the group has evolved its instruments and music. The compositions played come from the tradition of listening to nature in the contemplation of Sado Island, but also from the melodies gleaned on tour from the music of other countries.

Kodo, which means "heartbeat" or "children of the drum", is an art born from the traditions of Japan.

Kodo was invented in the 1950s by the jazz musician Daïhachi Oguchi. He proposed to Shinto monks, using percussion to call the gods, to make jazz at the edge of the lake of Suwa, drums of all sizes, brass gongs, reed keyboards, an ancient taiko score. Taiko is the art of drumming: a collective, spiritual, artistic and ritualized practice, allowing to enter in relation with nature and to learn to know oneself. The spirit of the gods was there: sixty years later, kodo is one of the most popular Japanese arts in the world and Japan has 8000 taiko groups born in the last thirty years.