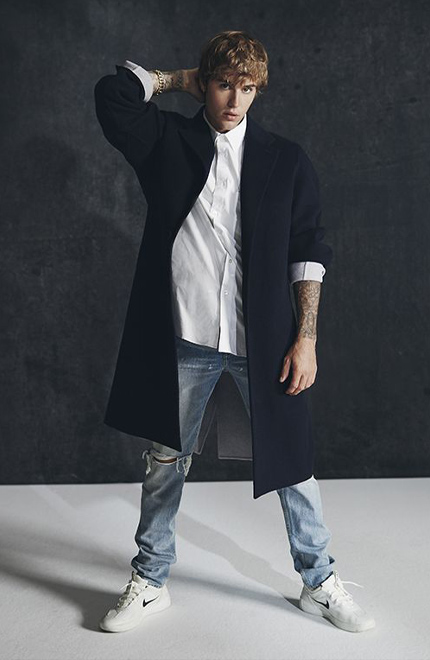 He was discovered via the internet in 2009 when he was only 15 years old and then everything went very fast for Justin Bieber. A first album ("My World") and the Canadian quickly became a phenomenon among teenagers. In the following years, he released a series of albums and collaborations that allowed him to evolve artistically, even if it meant surprising the fans of the first hour.

He is not yet 30 years old but already has millions of albums and billions of views on Youtube. Everything went very fast for the young artist from Stratford, Ontario. Born on March 1, 1994, the young Canadian became passionate about music at an early age and taught himself guitar, piano and trumpet. This multi-instrumentalist also took some drum lessons, the first instrument his parents offered him when he was only 4 years old. In 2007, he created a Youtube channel containing covers and was spotted by Usher's label. The continuation, we know it.

With a little more than 10 years of career, he has already collaborated with pop and R'n'B heavyweights such as Will I Am, Drake, Kanye West, Justin Timberlake or Diplo, to name a few. Despite the growing media attention to his private life to the detriment of his music and a musical break of 3 and a half years, the artist returned to the forefront in 2015 with the album "Purpose" and the track "What do You Mean?". He will subsequently take over the hit "Despacito" by Luis Fonsi, which will allow him to remain for many weeks number 1 in the American Top 100. In France, the artist was nominated in the category "International Male Artist of the Year" at the NRJ Music Awards 2017 as well as that of the "International Song of the Year" for "Despacito".

After another musical break to focus on his family life, Justin Bieber is definitely back with new tracks and new collaborations (Ariana Grande, Chance The Rapper, Benny Blanco, Shawn Mendes...). If he is now fulfilled in his personal life, he has only one thing to look forward to: to be able to come back on stage and live again moments of communion with his public!