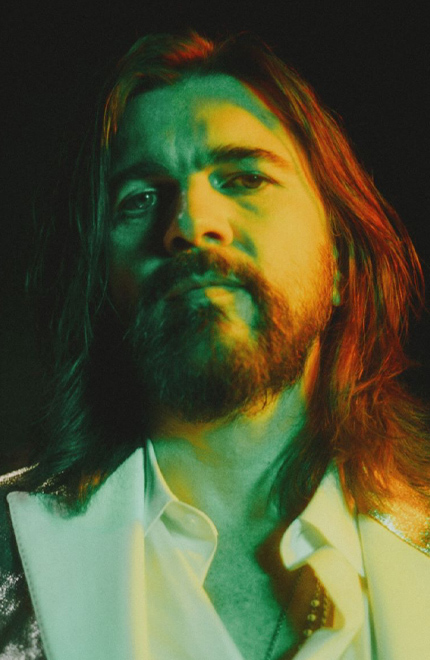 After spending 12 years in his first metal band Ekhymosis, the Colombian turned to the United States and a more pop rock music. And success came quickly: 3 Grammy Awards won with his first album Fijate Bien! Juanes made a name for himself in Colombia and the rest of America, using the music of rural Colombia (a mixture of indigenous, Bolivian and Hispanic rhythms). He is also a committed artist known for his humanitarian work. With 15 million albums sold worldwide, he remains very popular and continues to thrill us with his caliente rock!

Juan Esteban Aristizábal Vásquez, alias Juanes, was born on August 9th 1972 in Medellín, Colombia. He became interested in music at the age of 7. He turned to heavy metal as a teenager and founded the band that would make him famous, Ekhymosis, in which he sang and played guitar. He wrote and composed the majority of the songs on the band's first five albums. He was a member of the group for twelve years before devoting himself to a solo career from 1999. In 1999, he moved to Los Angeles to pursue a solo career. In 2000, he released his first album Fíjate bien, which mixed cumbia, salsa, rock and funk. The lyrics of the singer deal with violence, social conscience and the loss of loved ones. Indeed, the situation in Colombia was very unstable during those years, with the presence of antipersonnel mines, an important cause for the artist.

Afterwards, Juanes released 9 successful studio albums, including Origen in 2021, and a few live albums showing the energetic concerts he gives to the public. He has sold more than 15 million albums, making him the first Latin rock artist with 2 Grammy Awards and 20 Latin Grammys to his credit. He has been nine times number 1 on the Billboard Latin Singles charts. He is now recognized as one of the greatest voices in Latin music and is very active on social networks, followed by over 20 million fans. He is at the genesis of the Mi Sangre Foundation and co-founder of the organization Paz Sin Fronteras (Peace Without Borders).

In early 2015, he released the single Juntos (Together), recorded for the soundtrack of the Disney movie McFarland, USA. In April 2018, he participated in a remixed version of Oye Mujer as a duet with the Mexican electrocumbia singer Raymix. On January 10, 2019, he released a single La plata with the participation of Colombian singer Lalo Ebratt. At the same time, Juanes released in 2013 his first book (autobiography), entitled in Spanish "Persiguiendo el sol" ("In pursuit of the sun"). In it, he gives a glimpse of his private life and talks about his childhood, adolescence until today, also sharing unpublished photos.
The singer continues to travel the roads of the world, his success is not limited to Hispanic countries. In France, he was welcomed with fervor during his concerts at La Cigale or at the Olympia. And there is no shortage of superlatives to describe Juanes, TIME Magazine even named him one of the 100 most influential people in the world!

Don't miss this unmissable figure of Latin rock in concert, it will be hot!