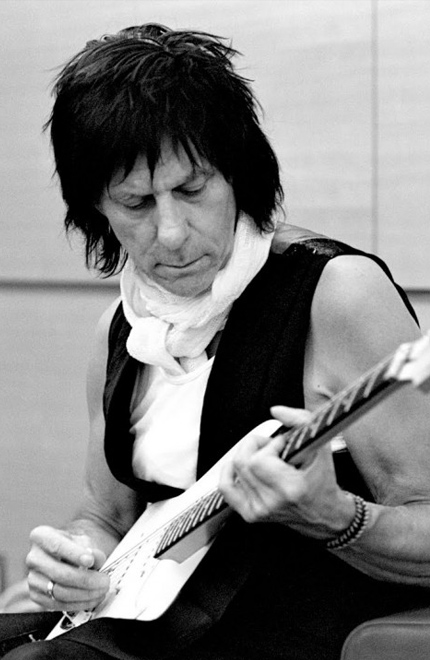 An echo, a distortion, a reverberation. Jeff Beck, guitar wizard, weaves the strings with a finely chiselled technique, the fruit of unalterable creativity and outrageous perfectionism. This man does not sing: he prefers to let his Fender, do it for him.

Jeff Beck is not a careerist for a penny. He could have competed with more virulence with his friends Éric Clapton and Jimmy Page in the charts. Yet he doesn't care, the prodigy from the suburbs of London. Only one thing matters to him: making his white Fender purr all the way to the top. And that's because the Yardbirds' propulsion engine, known for its free and spontaneous play, only needs a few acrobatic notes to kill the game.

Jeff Beck masters it all! This jazz tightrope walker, lulled by the songs of Django Reinhart and the blues of BB King, puts his influences in fusion with a goldsmith's technique to drive the lovers of the scratch crazy. His notes bounce back, his effects transcend certainties. The English virtuoso, elusive and unpredictable, loves risk, constantly navigating troubled waters and playing deliciously with a palette of a thousand colors. "If I died, I wonder what label the tabloids would put on me", he sometimes laughs.

This Jackson Pollock of sound, abstract handyman and profound visionary, is wrestling with scores as his inspiration explores uncharted territory. On the canvas, with intuition, freedom and genius, he projects sounds with a psychedelic tendency. His work has no equal. His experiments, surprising and intrepid, leave you speechless. Moreover, it's a good thing, like an Earl Hooker, Jeff Beck never sings. With his ordinary nonchalance, he prefers to let his guitar scream through solos out of reach. 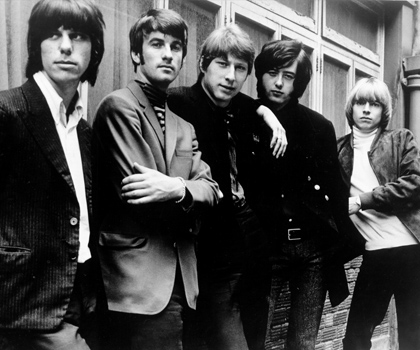 Jeff Beck joins The Yardbirds at the request of his childhood friend, Jimmy Page. In less than two years, the guitarist actively contributes to the success of the band, bringing his creativity to the benefit of an English style rock that has become cult. 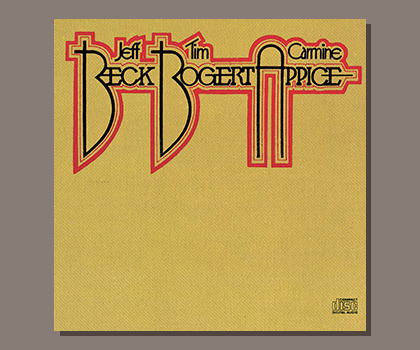 Jeff Beck stands up at Woodstock

After leaving The Yardbirds, Jeff Beck started his own project. Accompanied by outstanding musicians, including Rod Stewart and Nicky Hopkins, the band produced two exceptional albums, including Truth, considered the prelude to heavy-metal. The band disbanded just a few weeks before Woodstock. "I just didn't feel it," says Beck. 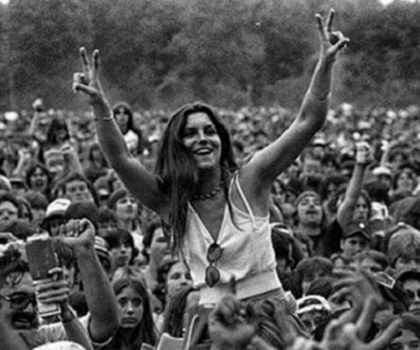 Adventure with Bogert and Appice

Jeff Beck always bounces back. This time he's going with Tim Bogert and Carmine Appice. After a first unsuccessful attempt, following a car accident, the three musicians make their mark, with instrumental prowess that knocks critics to the ground. The commercial success is not there, as it sometimes happens, but their album remains an important piece in the discography of the artist. 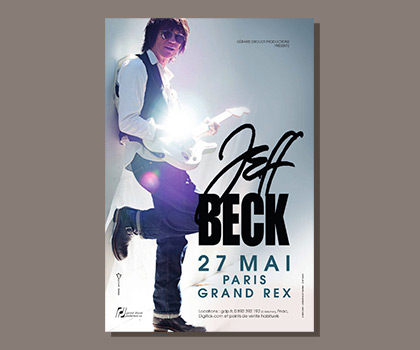 Jeff Beck sets off on an adventure, alone with his Fender, to explore unknown territories. Among his most remarkable records, we will note the excellent Blow by Blow, the surprising Wired and the immortal Flash. This last record will allow him to win his first Grammy Award. 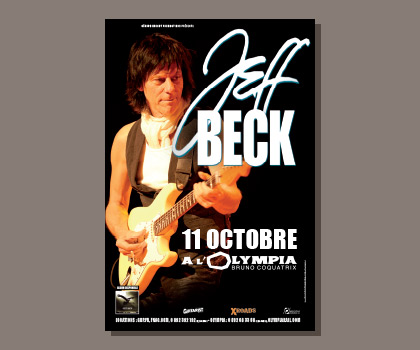 Back in the spotlight

Jeff Beck, seven years after his last record, presents Emotion and Commotion. Recorded with an orchestra and several female voices, the album becomes a must-have for all guitar lovers. The English artist was nominated five times for a Grammy Award. It's a full house!

This concert is totally bluffing. He's really one of the greatest guitarists in the world. No doubt about it! For electric guitar fans, I highly recommend him. You will have a great time with a humble artist, even going as far as bowing down in front of his audience.

Ariane, after the concert in Nantes

All guitarists will tell you: Jeff Beck is one of the greatest. His dexterity and creativity are impressive. He makes it all seem so simple, yet no one can match him. He manages to come up with exceptional solos, out of the ordinary. That's why it's imperative that you come see him on stage: you'll have a unique experience that we are extremely proud to contribute to.

Entirely dressed in black, the Maestro makes his entrance. Jeff Beck plays with disconcerting simplicity, swinging skuds with sound right from the start, just to get everyone in tune. Then the tone goes down and Beck applies himself all evening not to get bogged down in one genre.

Beck continues to draw from his abundant repertoire, in all sorts of musical styles. Beginning with technical instrumentals conducive to the solid demonstrations of dexterity that have made his reputation over the past four decades.