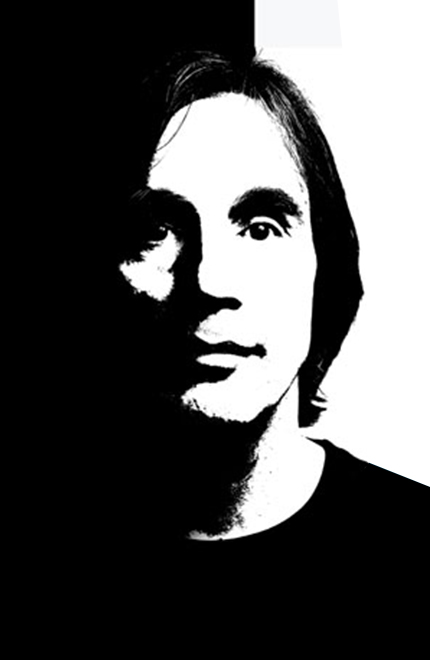 In his twenties, his angel face earned him the status of a rock and romantic icon, adored by a generation of groupies. And while his hair now has a nice shade of grey, Jackson Browne hasn't lost any of his charm. But it would be a monumental mistake to sum it up in this way.

For what shines in him is first and foremost his unrivalled talent for writing. Since the age of 16, his pen has been dancing on paper, producing hits galore for some of the world's greatest artists, including the charismatic Nico and his lifelong friends from The Eagles. It's rare to see so many doubts and existential questions in such a young artist. And yet, as a magician of words and emotions, Jackson Browne has always laid down on his blank sheets of paper the reflections of a rebellious and tortured soul who seems to have already reached the maturity of the old man he has become.

He will take the time to put down his clear and powerful voice before performing his own compositions, acknowledging that at the beginning of his career he "didn't sing very well". His early songs are introspective gems set to rock music with a folk twist, as only the West Coast knows how to produce.

But the young singer quickly took a committed turn. He began to tell the story of the America he met on the road. The one who protests against the Vietnam War, the disillusioned one who no longer believes in the dreams sold by the media, the one who prefers to turn to human values rather than to enter the cycle of excessive consumption. In the 1980s, he signed very committed pamphlets against President Reagan, nuclear power and then against the Bush dynasty. No doubt, when asked to express his convictions, Jackson Browne has the guitar in his hand and rage in his heart. But those who know him well know that behind this ginger protest lies a generous man who is more sincere than ever.

At age 16, Jackson Browne wrote These Days, a song full of nostalgia and expectation. One that an old backpacker could have written. It will take 6 years for the aspiring songwriter to perform it himself on For Everyman. In that time, the text will have passed through the hands of artists like Nico, Tom Rush or Gregg, contributing to the young man's notoriety.

Finally confident enough to take the plunge, the rocker's first album with folk accents was released in 1972. But for him, the year was especially marked by the hit Take It Easy, written for the Los Angeles cowboys, The Eagles. In 1974, he released the very good Late For the Sky, which finally brought him public recognition. His lifelong friend, Bruce Springsteen, said: "No album from the 70s could capture the disillusionment, disappointment and grief of post-Vietnam America so well". But his greatest commercial success was Running on Empty (1977), whose title, Rosie, was taken up a decade later by a certain Francis Cabrel.

The singer raises his fist

If Jackson Browne's texts became more and more assertive as he grew older, the 1980s would be a turning point. He emerged as a committed artist and passionate activist, notably with the albums Lawyers in Love (1983) and Lives in the Balance (1986), which openly criticized Reagan's policies. In the 1990s and 2000s, the artist may be less productive on the music scene, but he will continue to be involved in humanitarian causes and environmental protection.

Jackson Browne does not give up the fight

Now mature, the singer is back in force with Standing in the Breach, an album that has long been missing in the rock world. Folk-rock with a country feel, his album has the understated elegance of the Protestant anthems they served in his youth. And although he knows full well that his ideals may never come true, he is wise enough to know that imagining a world where human connections and love would prevail over profit is already a step forward.

What's amazing about Jackson Browne is that his voice still sounds exactly the same as it did 40 years ago. No frills, on stage it's just him and his musicians delivering his best songs, interspersed with tons of anecdotes. You can really feel their generosity and the pleasure they take in being together. His concert was certainly one of the best in my life.

Axelle after a concert at La Cigalle

Jackson Browne is a discreet icon of American folk-rock, but make no mistake about it. His lyrics and music have influenced an entire generation, including some very great artists. It's always a pleasure to see him on stage, where he tells stories full of reality and emotion.

Although the Californian's angel face now displays a few fine gulps, the voice has lost none of its velvet. Recognizable among a thousand. And for those who would still like to convince themselves of Jackson Browne's talent as a melodist, it is worth looking at the two albums preceding Time The Conqueror, the immense Solo Accoustics 1 & 2, collections of songs recorded live, without artifice and interspersed with monologues.