The Youtubeur goes up on the boards
Ecouter 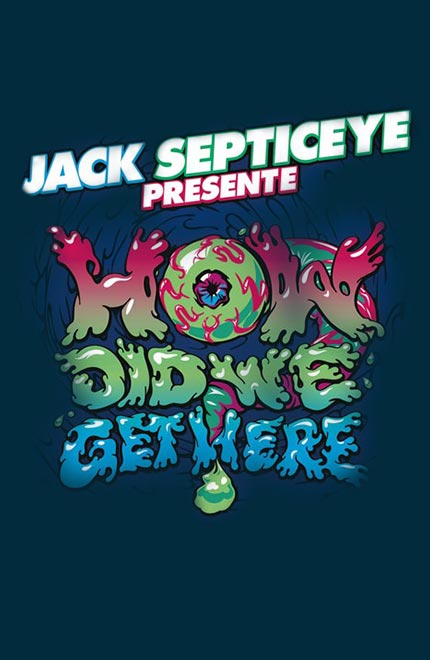 Video game fans recognise this youtubeur from the very first seconds. With its Irish accent and introductory phrase "Top of the morning to ya, ladies! My name is Jacksepticeye! "he has built a community and an identity that now rivals that of the famous PewDiePie, of which he was a long-time student.

If his videos and his unfailing humour give the smile and sweat the joy of life, Jack's story has not always been so rosy. At the age of 18, he falls into a deep depression and withdraws, alone, to a house in the middle of the woods. It is here, with a more than fluctuating internet connection, that he decides to dedicate himself to his passion. On Youtube, he regularly publishes Let's Play, which he produces and edits himself. Until at last, the coup d'éclat arrives. PewDiePie talks about him in one of his videos and his popularity explodes.

It must be said that Jack is particularly touching, sensitive, sometimes on the edge of his skin while advocating an unfailing optimist and delivering shots of good humor completely communicative. The gaming community adopts him very quickly in an open and benevolent atmosphere that is rarely found on the internet. With this audience being more like a teddy bear than a good old troll, Jacksepticeye regularly reveals himself on subjects that are close to his heart: depression, suicide or LGBT rights. Committed, he regularly hosts charity streams and has raised more than 4.6 million dollars for associations throughout his career.

No longer an inward-looking teenager, Jack is a big part of the game and is even one of the 10 highest paid youtubers on the planet. And nothing can stop him anymore! From his collaboration with Disney to video game commentary to a One Man Show, his boundless energy and his off-the-wall humour are everywhere. And we're not going to complain !

The guy in the woods explodes !

A year after starting his career as a youtube player, Jack wins the shout-out organised by PewDiePie and his popularity explodes. In one year, he goes from 2000 subscribers on Youtube to more than a million. In 2016, he will be the first youtuber to sign on his friend's label, Revelmode, and will exceed 15 million subscribers.

Jacksepticeye pays for the Trianon

Very committed to raising awareness about depression and mental illness in general, Jacksepticeye leads the way and decides to take a break to refocus and avoid exploding in flight. In July 2020, he announces a one-month break before gradually resuming the videos in August, at a lighter pace. As very often, he is supported by his community, which sends him a maximum of love and energy.

Jacksepticeye really has a unique, often funny, sometimes very touching way of telling his story on stage. He carries a very positive message and you can feel that, despite his success, he remains a simple and authentic person. In short, if you like his videos, go and see his show!

Clément, after the Trianon show

It's not every day that a world-famous youtubeur goes into stand-up. And what a youtubeur! Jacksepticeye is one of the best known of his generation but also one of the most touching. Even if one laughs a lot when watching his show, one also recognises his strength of character and his assumed optimism, which has enabled him to reach new heights in just a few years.

The energetic Seán McLoughlin with the language of a cartwright is Ireland's most popular YouTuber thanks to his video game commentary. A few swear words didn't stop him from making a name for himself: he has made a series for Disney and is developing exclusive content for the live streaming platform Twitch.