The bewitching voice from Bermuda 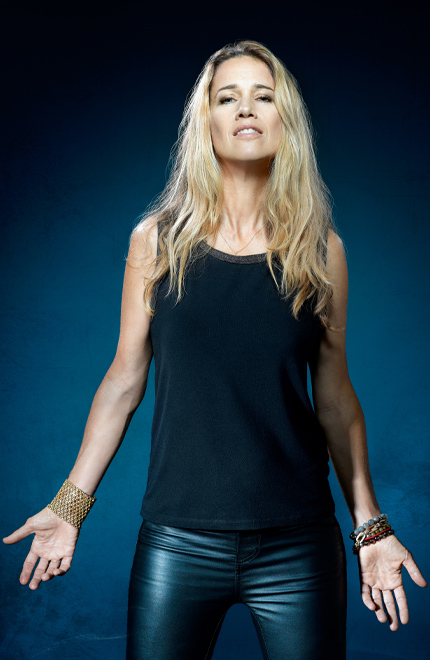 A warm voice and delicate melodies are the characteristics of Heather Nova's music, over a career spanning almost 3 decades. Influenced by great names such as Lou Reed, Patti Smith or Kate Bush, the artist has played on stages all over the world, guitar always on her shoulder. With more than 120 songs, 600 concerts and 2 million albums to her credit, she always seems ready to defend new projects.

Since her first opus in the 90s, the singer has distinguished herself as much in a pure acoustic style as in orchestrated pop-rock. Over the years, her style has matured, nourished by collaborations with the Swedish group Eskobar or the Frenchman Benjamin Biolay. She has also travelled the world's stages, opening for artists such as Van Morrison, Neil Young and Bryan Adams.

In recent years, after rock-oriented albums, Heather Nova seems to want to refocus on soft and muffled atmospheres. Her next album, Other Shores, is made of covers in a purely acoustic style. Thanks to her unique voice, she brings a personal touch to well-known songs such as Waiting For a Girl Like You, Don't Stop Believin or Never Gonna Give You Up.

This new album will also mean a return to the stage, also in an intimate acoustic format. This tour will seal the reunion with her fans, after a long wait. The singer hopes to bring joy to her fans, who will undoubtedly be there.