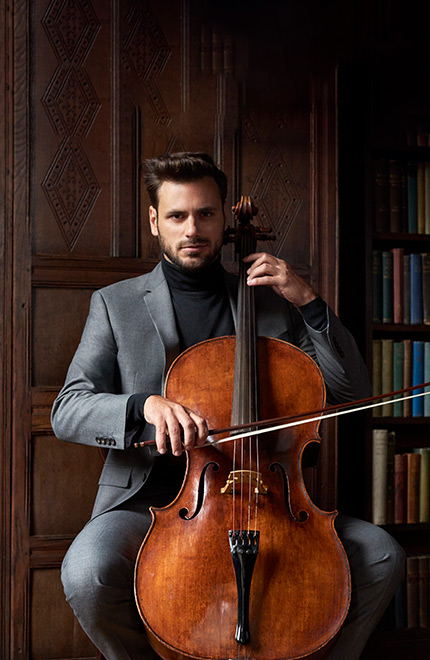 After having toured the world with the 2Cellos duo, Hauser decided to go it alone and launch his solo project. This one is already very promising, like this new arrangement of Tchaikovsky's "Swan Lake", in collaboration with the London Symphony Orchestra.

Hauser is first and foremost one half of the 2Cellos duo, alongside Luka Šulić, which has allowed him to tour the world. Stjepan Hauser, born in Pula (Croatia) in 1986, comes from a family of musicians and started playing the cello at the age of eight. He went to study at the Northern College of Music in Manchester. He formed 2Cellos with his childhood friend, Luka Šulić. Although the two musicians seemed to be rivals at first, their association created an incredible chemistry that made each concert or reinterpretation a unique moment. The band first came to the attention of the internet with their ambitious covers of pop standards (such as Michael Jackson's "Smooth Criminal") in a classic version. This led to their signing to the Sony Masterworks label in 2011. At the same time, the group is spotted by Elton John, who offers them to be his opening act. We note in particular their participation in concerts at the Olympia in December 2013.

The public comes in numbers to applaud them in the largest venues in the world such as the Radio City Music Hall in New York, the Royal Albert Hall in London, the Zenith in Paris, the Budokan in Tokyo or the Sydney Opera House. The duo was also featured in the TV series "Glee" and "The Bachelor" in the United States.

Without announcing any separation, the group decides to take a break. Hauser took the opportunity to launch his solo project by abandoning the covers of pop/rock standards to return to classical music by revisiting Tchaikovsky, Chopin, Handel or Mozart. For lack of being able to go on tour to defend his first opus, the musician delivered performances in streaming named "Hauser: Alone Together". Waiting to find him on a real stage!