The three iconic brothers of the 90s 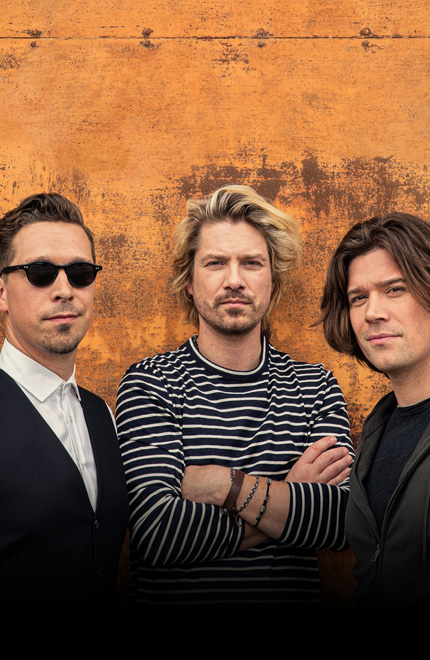 In 1992, brothers Isaac, Taylor and Zac formed Hanson and made their mark with their 1997 hit "MMMBop". After the success of their debut album Middle Of Nowhere, they released over 40 consecutive singles and 5 more studio albums, selling over 16 million worldwide and earning multiple Grammy nominations.

Hailing from Tulsa, Oklahoma, the band consists of three brothers: Clarke Isaac "Ike" Hanson (born November 17, 1980, guitar and vocals), Jordan Taylor "Tay" Hanson (born March 14, 1983, keyboard and vocals) and Zachary Walker "Zac" Hanson (born October 22, 1985, percussion and vocals). Many things predestined these three brothers to become musicians. Indeed, their parents have a passion for singing and are lovers of gospel music. The three brothers began singing together, performing at fairs, school and company parties. As they grew older, each brother decided to pick up an instrument to create a keyboard-guitar-drums trio to complement their already effective vocal harmonies. They continued to perform at local festivals.

It was in March 1996 that everything changed for the band. Their manager managed to convince the vice-president of a major label to attend one of their concerts. He is amazed by the charisma that emerges on stage. The band signs a contract for 6 albums with Mercury. From June to November 1996, the whole Hanson family moved to Los Angeles where the band recorded their first album Middle Of Nowhere. In total, the three brothers composed 36 songs but only 10 were recorded on the album.

For the record, "MMMBop" (their biggest hit) means holding on to the most important things, because much of the world is just noise. The message seems to have gotten through, because within a few weeks, Hanson sold millions of copies of their songs and became number 1 in the charts. This puts them just behind Michael Jackson in the ranking of the youngest artists to be number 1. Although their first album was a great success, the group had difficulty repeating such a feat, despite a loyal audience. The brothers will continue the music in the years 2000, multiplying the concerts and the albums. They even created 3CG Records, their independent label. In 2014, they launched the highly successful Music Festival in their hometown of Tulsa, which hosts 40,000 attendees annually.

2017 marks the 25th anniversary of the band, which is touring again for the "Middle Of Everywhere World Tour." The band has never forgotten France since their first date at the Zenith in Paris in 1998. We could recently see them at the Trabendo or at the Cigale, where the French public answered present, in spite of the past years. Even if they are now accomplished fathers, they still play with the same effervescence as when they were teenagers. We can only advise you to go and applaud them on stage for a little trip in the 90's!