The music of the great outdoors
Ecouter

Exceptional pianist, Hans Zimmer is a bold conqueror of the great outdoors. Far away from his native land, the composer has made his home in the heights of Hollywood. His mission: to sublimate the best blockbuster films, from Batman to The Da Vinci Code.

Take a glimpse at Hans Zimmer's fimography and you will realize the full extent of the impact he had on Hollywood cinema. The Franckfort born gifted man, naturalised U.S citizen and steeped in great outdoors and wild aventures, leads a noble fight by expressing emotions and composing melodies and majestic orchestrations.

It is a matter of the heart. From Pirates of the Caribbean to Gladiator, via the moving Dunkirk, Hans Zimmer always sublimates the motion picture with his soul and his heart. He writes with notes where others would put words. He gives wings to Batman, sculpts time and space in Interstellar, overlook the imagination of the Lion King. Ron Howard, Gore Verbinsky, Christopher Nolan: top directors admire him. For this explorer of sound, constantly conquering new territories, always brings depth when a single image would seem dull. He transcends the moment, in his own way, with majestic elegance.

Following in the footsteps of Ennio Morricone, the composer of over 150 film scores plays with clipped rhythms and deep melodies to create spacious and intimate orchestrations, at the crossroads between power and softness. He is the master in this art, well above the bunch.  For he is a modern-day genius, Hollywood lets him wander and he dares to take risks as he pleases. He makes cinema : now, then and tomorrow. He pushes creativity and emotions to the limit. Hans Zimmer competes with the big boys, and it's not over yet. 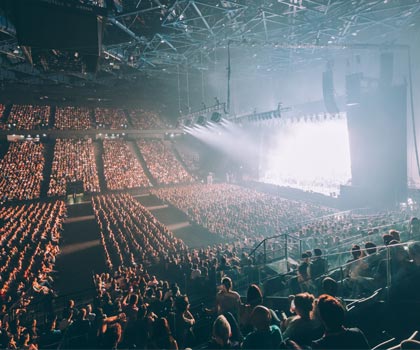 As a member of The Buggles, Hans Zimmer contributed, alongside Trevor Horn and Geoff Downes, to the creation of a worldwide hit: Video Killed the Radio Star. As surprising as it may seem, it was in pop music that the composer first learned the ropes, before meeting Stanley Myers the following year, who introduced him to film music.

The Lion King and the Oscar

After several collaborations with Stanley Myers, Hans Zimmer took the plunge and composed, alone, the soundtrack to The Lion King. He then won his first Oscar, this layed the foundation of an already promising career and phenomenal future. 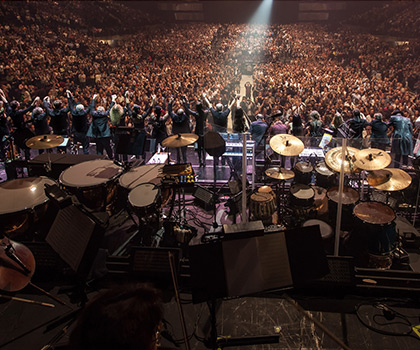 The consecration of a giant

After composing the soundtrack of now cult films, such as True Romance, Sata Rockett or The Pastor's Wife, Hans Zimmer make a big splash with the music of the film Gladiator. In collaboration with singer Lisa Gerrard, he once again made his mark on the film industry and won the Best Film Music Grammy Award. 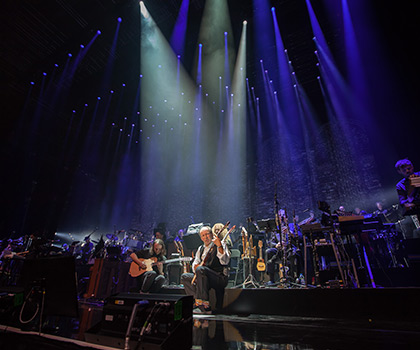 He is one of the first film composers to take the plunge. Hans Zimmer accepts the challenge: he composes the music of the best-selling video game Call Of Duty. The attempt is successful: the result is, as always, up to expectations and the artist will take a particular enjoyement in renewing the experience. 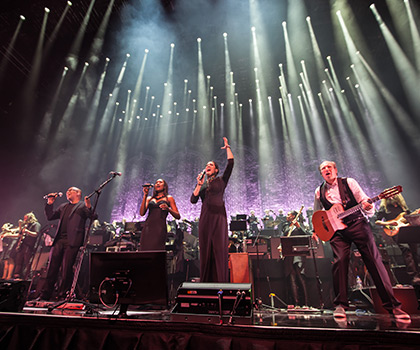 It is something he had dreamt for years: Hans Zimmer wants to bring on his music on stage. In spring, he decides to embark on an European tour with an armada of exceptional musicians, including Johnny Marr and Mike Einziger. A world tour will be organised the following year !

It was a magnificent show, Hans Zimmer in all his glory ! This show was just breathtaking and this artist, however crazy and talented he is, turned out to be very talkative. In a nutshell, exotic instruments, wild musicians, a deeply moving choir and a complete artist: you have to see it to believe it.

Anaëlle, after the performance at the Accorhotels Arena in Paris

A film with an original soundtrack by Hans Zimmer always takes on a new dimension. So, seeing him on stage is bound to be an exceptional moment. We can appreciate his compositions in a different way, in a different setting than a cinema. It's an experience in its own right, with incredible power and aesthetics. So we definitively wanted lovers of beautiful and great music to enjoy this unique experience !

Taking an entire orchestra into the California desert for the Coachella Festival: many of our contemporaries would step away from the task. But if there is one thing Hans Zimmer's hyperactive career has proven to us, it is that the German composer and producer does not shy away from any challenge.