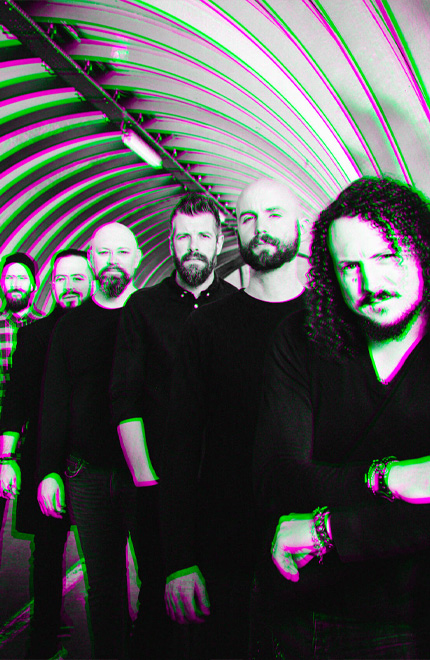 Over the years, Haken has carved out a place for itself in progressive metal. Influenced by bands like Dream Theater, the band has managed to impose an incomparable style. Each new album is an event and gives rise to enchanting and energetic concerts.

Haken was formed in 2007 in London around Richard Henshall (guitar, keyboards) and Tom MacLean (bass). The band was completed by friends (Ross Jennings on vocals and Matthew Marshall on guitars) and a forum of musicians (Peter Jones on keyboards and Raymond Hearne on drums).

With only a demo in their pocket, Haken started by playing small London venues. A few months after their first live experience, the band was chosen to open for Riverside. In the following months, they managed to fill up the UK venues: even one of the best live stages in London, The Peel, could not resist their progressive metal! In March 2010, Haken released their first ever album entitled 'Aquarius'. Although sales are not exceptional, the critical success is undeniable: Fireworks magazine considered it one of the best progressive albums of the year. The band's style is characterised by very long and elaborate compositions, halfway between Dream Theater-style progressive metal and Pink Floyd and Genesis-influenced progressive rock, incorporating both heavier and jazzy influences.

Now known for his live shows, Haken subsequently released the albums 'Visions' and 'The Mountain'. Just after the release of the latter, Tom MacLean announced that he was leaving Haken to focus on To-Mera. After worldwide auditions, American Conner Green was chosen as bassist in early 2014. This personnel reshuffle didn't stop the UK's Classic Rock Presents Prog Magazine from defining them as "one of the brightest bands in the progressive sphere right now". Their EP 'Restoration', released at the end of 2014, confirms the band's talent with quality collaborations such as Pete Rinaldi (Headspace) and Mike Portnoy (Transatlantic / Flying Colors).

Haken is a highly productive band, having subsequently released the albums 'Affinity', 'Vector' and 'Virus'. The band has played on French stages, including the Maroquinerie and the Transbordeur. The audience was not mistaken: the band embarks its audience in fantastic stories mixing psychology, fantasy, while leaving a part of darkness. Haken is definitely an experience to live!