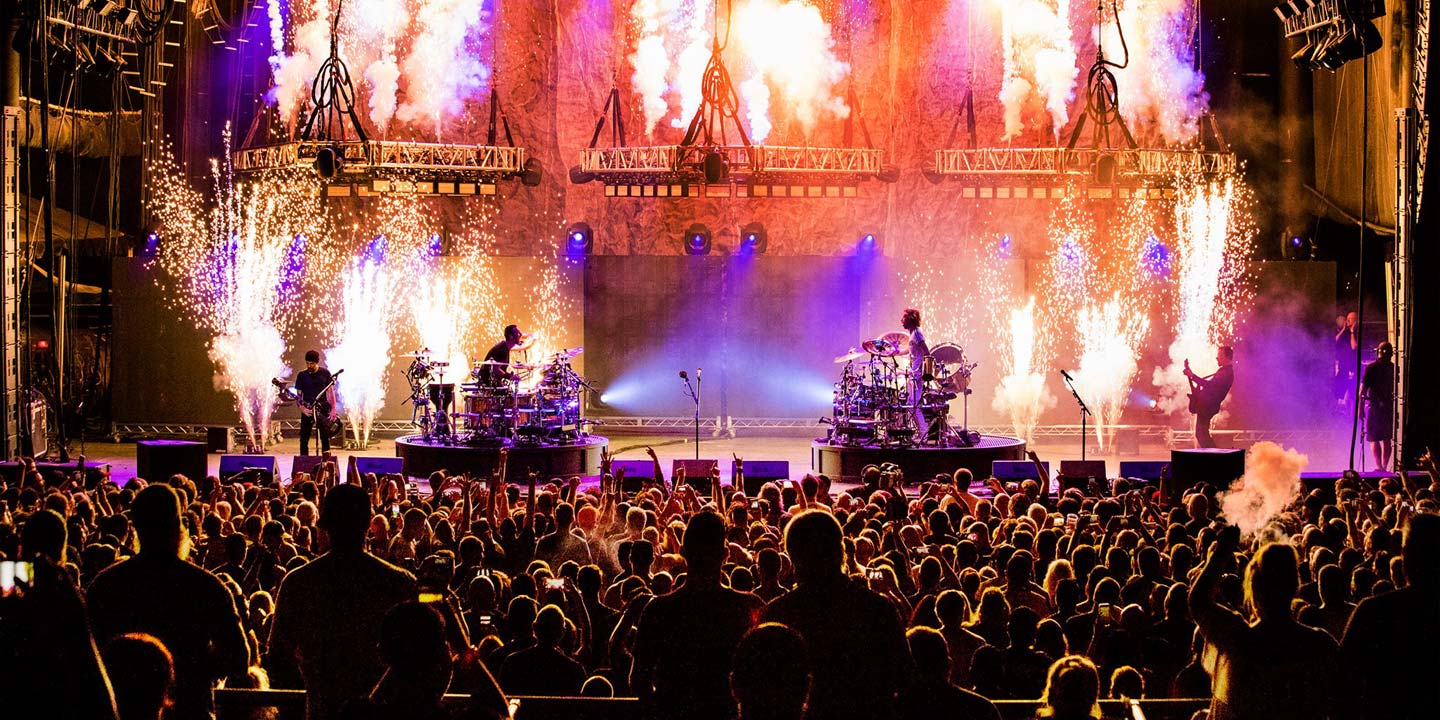 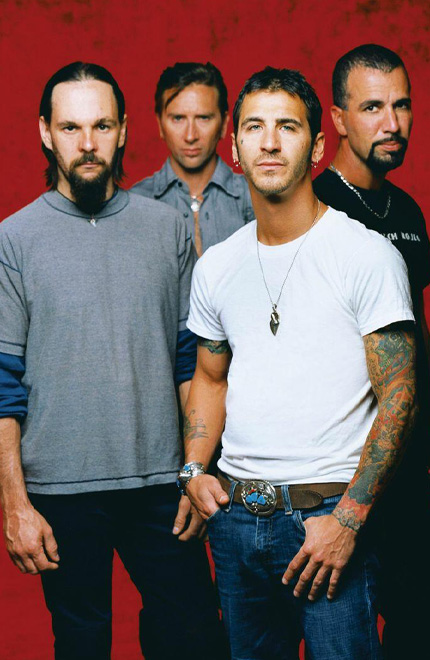 Influences ranging from Alice in Chains to Metallica combined with mystical imagery and tribal rhythm: this is the secret of Godsmack's sound! Formed in Lawrence (Massachusetts) in 1995, the band became a key figure in the post-grunge/nu-metal wave of the late 90s. Led by singer Sully Erna, the band sold 20 million albums in a decade and performed on the biggest stages around the globe. After more than 25 years in the business, the band continues to bring crowds together with their outstanding stage presence and ever more daring albums.

Originally a drummer, Sully Erna decided at the beginning of the 90s to give up his instrument and become the singer of his own band. He joined forces with guitarist Tony Rambola, bassist Robbie Merrill and drummer Tommy Stewart. They recorded a first demo called All Wound Up in 1997 before signing with Universal the following year and releasing their first self-titled album. The success is there and allows the group to perform as an opening act for Ozzy Osbourne. Since then, the popularity of the band has not stopped growing, making Godsmack a reference of the alternative metal scene. It also counts three albums (Faceless, IV, and The Oracle) that have reached the Billboard 200 chart and 20 Top 10 hit songs, placing them on par with Van Halen, U2, Metallica, Dave Matthews Band, or Linkin Park. In 2014, to congratulate their popularity, Mayor Marty Walsh proclaimed August 6 Godsmack Day in the city of Boston.

Under contract with BMG since 2018, the group, still attached to its popular "blue-collar" roots, continues to think big. The album When Legends Rise reached number one on the Top Rock Albums Chart, Top Hard Music Albums Chart, or Top Alternative Albums Chart. No doubt that the band is already preparing the next step and we are looking forward to see them on stage and vibrate on I Stand Alone, Awake or Cryin' like a Bitch.