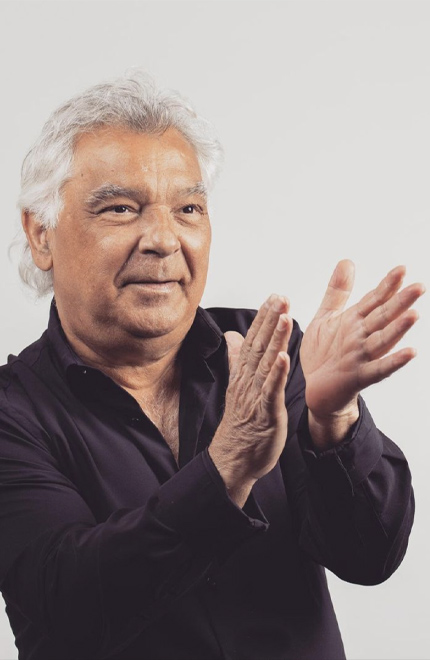 More than forty years after their formation and after millions of albums sold, those who popularized a flamenco mixed with Latin and pop rhythms have not said their last word. They are still touring the world, playing in the most prestigious concert halls: from the Royal Albert Hall in London to the Hollywood Bowl in Los Angeles and the legendary Olympia in Paris. And the guitars are still going strong!

"Music has always been our passion" as guitarist Tonino Baliardo reminds us. He continues by adding that the passion is there "even after all this time, after all these years of touring and working tirelessly. It has given us so much. We have matured, developed our music and it has been good for us. Nearly forty years after their self-titled debut album, which introduced millions of people around the world to flamenco, the band has sold 20 million albums and continues to tour the world. The group's ninth album is entitled "Savor Flamenco".

The Gipsy Kings were founded in 1978. Their roots are in Spain and also in France, more precisely in Montpellier and Arles. The musicians come from two families of Catalan and gypsy origin. Among the founding members still present today are Nicolas Reyes and Tonino Baliardo. Jose Reyes, Nicolas' father, founded a duo with the legendary guitarist Manitas de Platas, whose admirers included Miles Davis and Pablo Picasso.
The group was noticed as soon as it was formed and was invited to play at Brigitte Bardot's birthday party in Saint-Tropez. Later on, they will reach a worldwide fame in the 80's with titles that are still unavoidable today: "Bamboléo" or "Djobi Djoba". During the years that followed, the group incorporated elements of Latin, Cuban and even Arabian music, jazz and reggae. It also collaborated with many artists such as Joan Baez, Francis Cabrel or Goran Bregovic.

Even if the group has been able to praise the New Gypsies, their potential successor, the legendary group is still very active, traveling the world to play classics and new creations. Every time the band performs, you can't help but dance to these legendary rhythms!