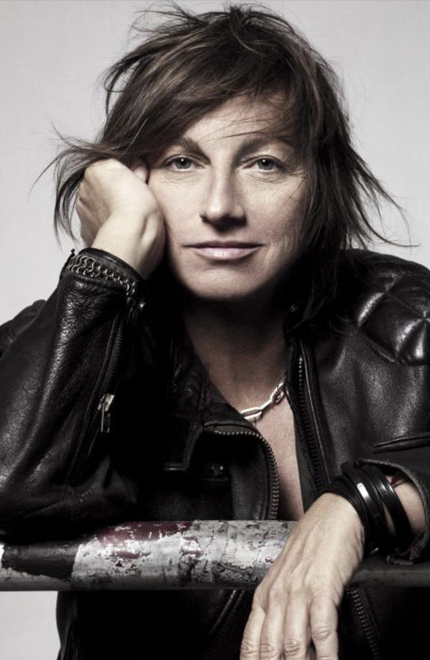 Gianna Nannini is one of the most popular Italian artists. She has collaborated with prestigious artists such as Sting, Giorgio Moroder, Fabri Fibra and Laura Pausini. She is one of the few singers who have brought new sounds and a new style to Italian rock.

Gianna Nannini is the sister of the famous racing driver Alessandro Nannini and comes from Siena, Italy. She studied at the conservatory for seven years and then moved to Milan where she devoted herself to music. She joined the city's alternative scene and released her first album "Gianna Nannini" in 1975, which was well received in Italy. After numerous concerts, the artist returned in 1978 with the album "Una Runda". But it was above all the album "California" that marked a turn towards more rock sounds. The peak of his career came with the album "Puzzle" in 1984, which remained at number one for two months in Italy and dominated the charts for six months. Let's not forget to mention that the album was number one in Germany, Australia and Switzerland! World recognition came in 1987 with the hit "I Maschi", which gave her great popularity in France.

In 1990, she was chosen to sing the song "Un'estate italiana" for the football World Cup, in a duet with the singer Edoardo Bennnato. She also decided to study philosophy and graduated from the University of Siena in 1994. In the same year, she released a duet with Andrea Bocelli, "Ama Credi E Vai". In the film industry, Gianna Nannini signed several film soundtracks, including "Sconcerto rock" (1982), in which she also played. She lent her voice to the cartoon "Momo alla conquista del mondo" in 2001.

Still active today, she released the album "La Differenza" in 2020 and will be back in Paris, at the Olympia, on 2 May 2022. For the occasion, she will deliver a unique performance, in a piano-voice duet, in complete intimacy. A legend not to be missed!