The meeting of breakdance and the greatest tunes of Bach
Ecouter 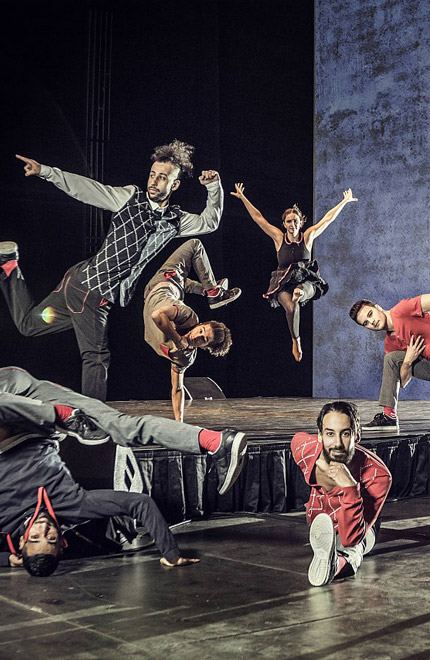 Who says Bach and breakdance don't go together?

The Flying Steps, four-time world breakdance champions, and Christoph Hagel, the famous opera director, prove that you can't rely on conventional wisdom!  They find a perfect match in Flying Bach, a fascinating musical performance. Since 2010, this show has been touring the world and has met with incredible success. For the first time, Flying Bach will finally land in Paris!

In 2010, the show was staged for the first time at the Neue Nationalgalerie in Berlin. Vartan Bassil, founder and artistic director of the Flying Steps, found the inspiration for the show after a classical concert. "I liked the idea of replacing a ballerina doing pirouettes on pointe with a breakdancer twisting on his head," he explains. At the time, it was a crazy gamble and many thought the concept would never work. Still, Vartan decided to trust his instincts. The idea to use Johann Sebastian Bach's "The Well-Tempered Clavier" came from opera director Christoph Hagel, who worked with Bassil as artistic director.

The story follows seven dancers and a teacher rehearsing for the big day. Disputes, fights, disappointments and happiness, like the rise and fall of notes, the mood and steps of the dancers are constantly changing. But this does not destabilize their teacher, who does not give them any respite. On the contrary, he pushes the limits to make everything work. When a mysterious woman enters the rehearsal room, the conflict reaches its peak: contemporary dance meets breakdance, man meets woman, desire meets rejection, and arrogance meets curiosity. Bach's elegant music interpreted through breakdance with explosive movements delivers a performance as extraordinary as it is entertaining for audiences of all ages.

Since 2010, Flying Bach has toured in 35 countries, including the United States, Kazakhstan, Australia, Japan, and Finland, and has fascinated more than 500,000 people. Flying Bach is also the first breakdance show to win a special Echo Klassik award, the highest German award in the music industry. There is no doubt that this unusual and emotional show will delight the French public. Not to be missed!