The blues has the punk attitude
Ecouter 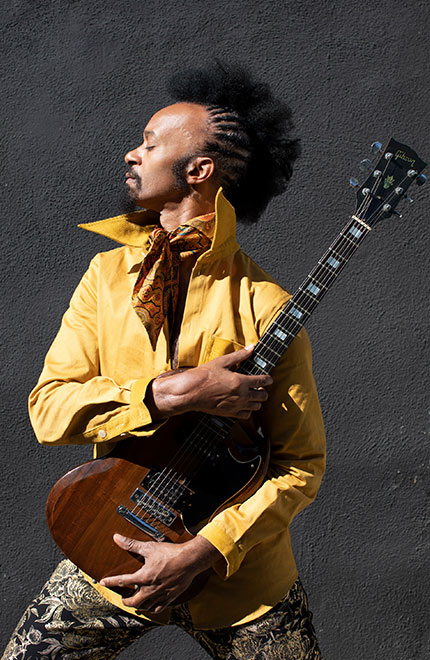 Fantastic Negrito is not only a singer who drills late. No, he is above all a phoenix that never stops rising from its ashes. For the artist, to deliver today's critically acclaimed albums, subtle mixes of acidic blues and explosive funk, sprinkled with an undeniable punk touch, has gone through three decades of hardship and has even seen death in the face. But for him, it's obvious that "an artist reveals himself through the darkest moments he has ever gone through".

And his life is marked by dark moments. Raised in a very strict orthodox Muslim Orthodox family, a time weed dealer, he pretended to be a student to take piano lessons at the University of Berkeley. A survivor of a car accident that left him in a coma for three weeks, Fantastic Negrito definitely has something to say! And he does so by mixing genres like no one else and producing a unique style, a true concentration of decades of black music.

On stage, however, he has nothing to envy Sid Vicious. Afro-Iroquois carried high, he looks like he's plugged straight into the mains! The instruments are hammered, and he always delivers a perfect performance, with a powerful voice, precise technique and bubbling energy.

His ardour and character also drive him to press his militant vein. For Fantastic Negrito, like many others, has, like many others, a bad feeling for his America. A fervent defender of the cause of African-Americans and equality, he has never doubted his role: "I hear here and there that artists no longer have an impact on what the public thinks, whereas it is exactly the opposite". No doubt, he has rage. And at more than 50 years of age, he has finally found his voice. 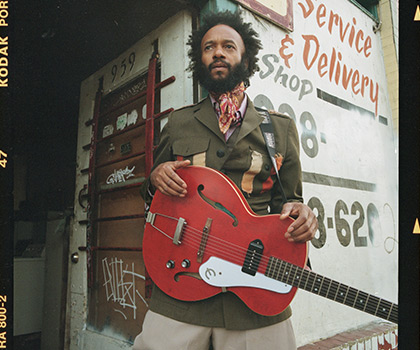 It is while listening to the kid from Minneapolis, Prince, that young Xavier, then a drug dealer, decides he wants to make music. He drops the pistol he carries on his belt in exchange for piano lessons, which he attends under the guise of a student at Berkeley University. In 1995, by a stroke of fate, he meets Prince's former manager in Los Angeles. He then signed a million dollar deal for a soul-rap album which, although very well received by the critics, was instantly swallowed up by the gangsta wave of the time. 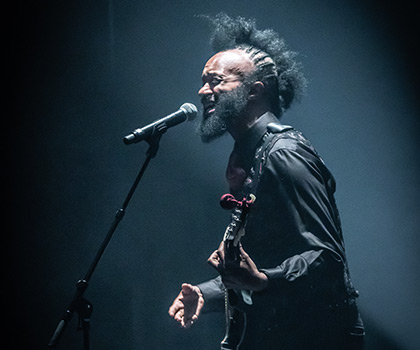 And the curtain fell

In 1999, although he did not give up music, the artist was the victim of a serious road accident. If he wakes up after three weeks in a coma, he partially loses the use of his right hand, which he uses to compose, and is dropped by his record company. This is the beginning of a long desert journey, made up of odd jobs and all kinds of tricks. 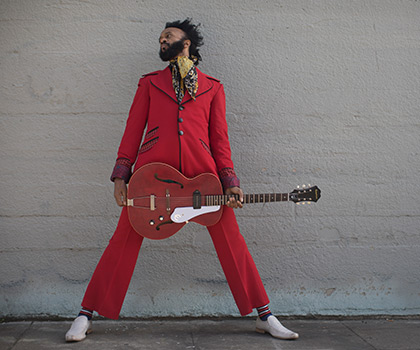 It is his son who will finally bring him back to his first love. Singing lullabies to him, the artist will start composing again. And this time it works! He draws his lyrics from his story and delivers a melting-pot album of the best that black music has to offer. His debut album under his new stage name, The Last Days of Oackland, will win a Grammy Award for Best Contemporary Blues Album. He will pocket a second one in 2019 for Please Don't Be Dead. His career is now off to a flying start!

Seeing Fantastic Negrito debut at the Café de la Danse to deliver a breathtaking show is a balm to the heart! What class, what a sense of sharing, joy and fun. And what a backin' band! How is it that this gentleman does not fill Bercy's? Fantastic Negrito plays funk, soul and also offers riffs that Jimmy Page wouldn't deny. Impossible to remain indifferent, this guy is a genius.

Fantastic Negrito is a UFO in the blues world, which he dusted off with a lapel, and it feels good. With his head held high, a punk attitude from the boots to the top of his head, he lives his music, blending funk and jazzy accents, and tells his story with disconcerting simplicity and ease. Seeing him on stage today, we are convinced that he was made for it !

References, Fantastic Negrito has no shortage of them. His record is an Aladdin's lamp of black American music. But what distinguishes it from the usual retro-style exercises is that this lamp is more like a pressure cooker. Burning, under pressure, ready to explode. Its punk side, no doubt.