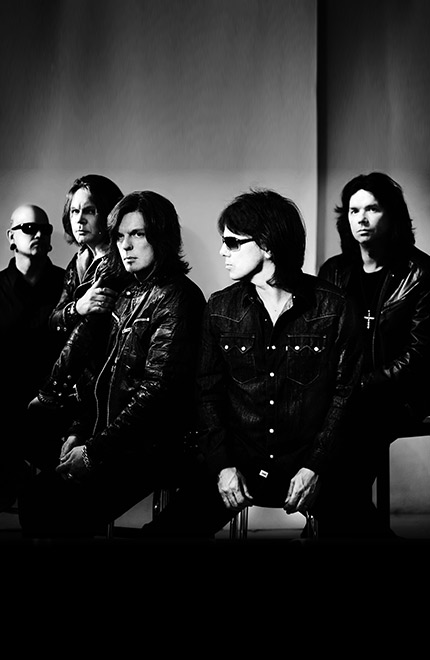 When the boys of Europe decided to rush headlong to conquer the continent, they didn't give up. It sounds good, it sounds loud: here, singles are the standard of FM. Better yet, they have become anthems of hard-rock !

The Final Countdown is an anthem for a whole generation. But behind this single lies a prolific forest of hard-rock ballads, sometimes melancholy but always sublime. For these Swedes, from Upplands Väsby, a small suburb of Stockholm whose name seems unpronounceable, have left their mark on millions of hard-rock aficionados around the world. It's not surprising, so much the band, in the lineage of Deep Purple, Kiss and Led Zeppelin, set the i's on the i's from the start.

Moreover, it didn't take him long to impose this good big sound. But this glorious past, out of question to be satisfied with it. Yes, Europe is still looking ahead. With their rocker jackets and scarves, these overexcited guys send us into the air with exceptional guitar solos that make Jimmy Page blush. They give us the edge with a beating rhythm, and they coax us with an Olympic voice of power and precision.

In its own way, Europe, led by the wild seducer Joey Tempest, has crossed entire decades without a hitch. Today, the ardour and rage of these unleashed Swedes remain intact. Some would even say that they are more exhilarated than ever, as if, aware that life passes by at a crazy speed, it was their duty to give it their all at every moment. It hits hard, it shatters clean: these guys, with their golden technicality, have not finished making our ears tremble.

In the cold of Sweden, heavy metal lovers decide to embark on a crazy and beautiful adventure. After some slight line-up changes and artistic differences, the band sets off to conquer the world. They don't know it yet, but they're going to pull off one hell of a feat. 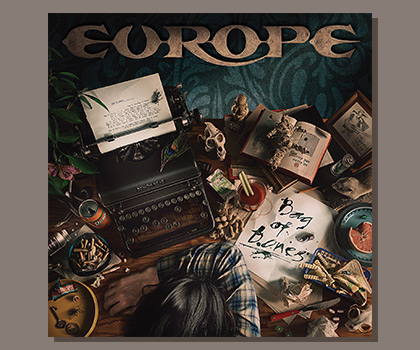 Making a name for yourself, a priority

Quickly, with the albums Europe (1983) and Wings of Tomorrow (1984), the band made a name for itself on the heavy metal scene. But they want to go even further, these madmen from Stockholm. It is with this in mind that they sign with Major EMI. They will then take an artistic turn that will break the house. It is from there that they will conquer the world ! 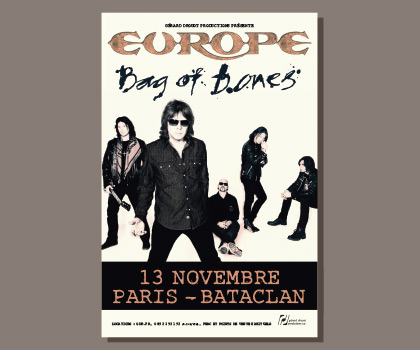 Time for a long break

Tour fatigue, the pressure of albums: Europe decides to take a long break, which will last until the early 2000s. This break will have done them good, even giving them new ideas. But powerful hard-rock is still their sauce, and Start from the Dark (2003) is a little marvel.

For his thirty-year career, Europe is giving himself a gift. He is taking a huge tour of Europe's most beautiful stadiums and halls. That year, in the legendary Abbey Road Studios, dear to the Beatles, they record a new record that does good: Walk the Earth. Once again, it's a great slap in the face.

The group is in good shape. Joey Tempest, true to himself, is doing the poses for the photographers. He plays the wild attitude for the fans, mimicking tearing his shirt in a bestial way or twirling his microphone stand between two big gaps. Charisma at its best and smiling like a melting glacier: what a great moment.

Guillaume, after a concert at the Arènes de Nîmes

Europe, it's big sound that makes you feel good. But it is above all a legendary title that has surely allowed thousands of hard-rock lovers to dance like crazy, thousands of couples to form and a whole generation to choose an anthem for themselves. In short, this band is so crazy, so brilliant and so creative that you absolutely have to go and see it live.

For the general public, it's only the band of a hit, intensely bludgeoned on the radio in 1986, The final countdown. But for its fans, and classic rock fans in general, Europe is much more than that: a band that, after a huge success three decades ago and then taking a long break, has come back stronger than ever at the beginning of the new millennium.