The cult band of the psychedelic new wave
Ecouter 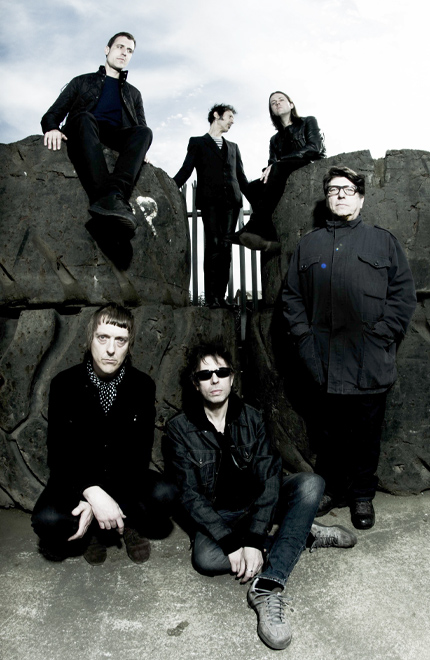 From their first album in 1980, Echo & The Bunnymen is noticed by a deep and rather unusual sound for a group which will then privilege the guitars to the synthesizers, in full period new wave. Inscribed in the psychedelic new wave movement, they will go through the 1980s despite many ups and downs (quarrels, separation, departure of Ian McCulloch and the death of Pete De Freitas). Reformed since 1996 and stabilized since then, Echo & the Bunnymen continues to go on the road and regularly produces new opuses particularly awaited. They also have the honor to be recognized by the new generation as the spiritual fathers of a current psychedelia, from The Flaming Lips to MGMT.

Formed in 1978 in Liverpool by Ian McCulloch (vocals, guitar), Will Sergeant (guitar), Les Pattinson (bass) and Pete de Freitas (drums) replacing in 1979 the drum machine "Echo", Echo & the Bunnymen became a cult band of the English post-punk period of the mid 80s. The success arrives from their first album Crocodiles then with the following ones: Heaven Up Here (1981), Porcupine (1983) and Ocean Rain (1984). Their unique sound is characterized in their biggest hits that are Bring on the Dancing Horses and The Killing Moon. However, the line-up will undergo a certain instability and loss of inspiration in the late 1980s (despite the success of its eponymous album of 1987), shaken by the departure of its singer and the loss of its drummer. The band broke up in the early 1990s.

In 1996, Will Sergeant and Ian McCulloch managed to convince Les Pattinson to reform Echo and the Bunnymen. The following year, they released the album Evergreen, which put the band back on the map. Liam Gallagher was featured on one of the tracks. In 1999, Les Pattinson left the band for personal reasons during the recording of What Are You Going to Do with Your Life?

Ian McCulloch and Will Sergeant continue the adventure with the album The Fountain (2009), between two solo albums of the singer. In 2014, the duo is back with the producer Youth (Martin Glover), for the twelfth album Meteorites, announced by the singles Lovers on the Run and Holy Moses. Four years later, its successor The Stars, the Oceans & the Moon offers transformed versions of its glory tracks, with some new features. The band remains active both on record and on stage: in France we could recently applaud them at the Beauregard Festival in 2017, then at the Bataclan in 2018. So, no, the band has not yet said its last word.