The goddess of sparkling pop
Ecouter 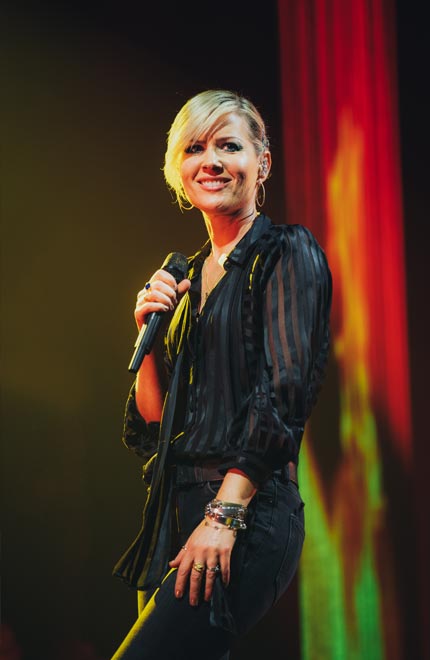 To tell the truth, no one was waiting for him there. Except that one day, Eminem got into the game. He brought that sublime voice to light, as if to make a pop star shine, who thought he was staying slightly behind, far from the glitter of fame. For Dido was not predestined to become a superstar !

Who would have imagined that Dido, with his first album, would suddenly become a pop superstar, praised by everyone from the conventional press to street rappers. Since then, she has sold millions of albums, and can no longer hide behind her natural shyness. No, she is facing the stage lights, far from the London borough of Kensington. But popularity suits her so well. Better, perhaps that's what has driven her, album after album, to surpass herself to dazzle the world.

Britney Spears is a great admirer of her. Brian Eno, Mick Fleetwood and Questlove too. In fact, even the toughest guys are thrilled when her voice subtly caresses their eardrums. He has a great deal to offer: everyone falls under the spell of his kindness, his positive attitude and his musical moods, sometimes flirting closely with funk, marshmallow pop and Celtic folk.

So some like to compare her to Dolores O'Riordan, others to Alanis Morissette. But which of these two could boast of having backed Eminem on one of her greatest hits? No one. Because it is his first and main feat, probably the one without which nothing would have been possible. Since then, it has become rare, like a rough diamond. But as soon as it appears, it is a breath of genius that pierces our hearts.

The idea is good when his record company decides to promote the single Here with me. Of course the start is tricky, but when the radio stations decide to play it over and over again on the airwaves, it's a full house. In a short space of time, the English artist makes a name for herself in the United States and gets noticed by the aces of the scene, including Eminem.

Eminem, the encounter that changes everything

When Eminem offered to collaborate with him on the single Thank You, she probably had no idea how much her career would change completely. Within a few weeks Dido became a superstar and invaded the airwaves with her goddess voice. A whole generation is under her spell.

Dido asserts itself with the greats

Such success is sometimes frightening, and as every artist knows, confirming is often the hardest thing to do. But not for Dido. The English artist came back that year with Life for rent, a sumptuous album that established her notoriety. Her collaborations with Jon Brion, Rollo Armstrong, Brian Eno and Mick Fleetwood made such an impression that she was nominated for a Grammy Award. 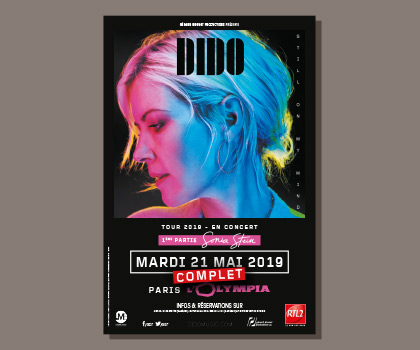 Creative she will remain

It is more discreet but it is always there. With creativity and maturity, she gives birth to her fifth album: Still On My Mind. She recorded this record with her beloved brother: it was the only condition for her to enter the studio again, in order to sculpt her sensitive melodies, directly inspired by hip-hop and her folk roots.

Dido, as splendid as ever, arrived and set the fire. Very pleasant with the audience, she talked a lot: the atmosphere was really nice. Her songs were interpreted majestically. Some musical arrangements different from her albums. In short, really a superb concert. I am still totally dazzled by it.

Guillaume, after a concert at the Arènes de Nîmes

Dido has his own special route. Nobody really thought she was capable of such a great career before her first album. Today, she continues to sublimate the stage. She is certainly becoming rarer, but that only gives a better flavour to her concerts. She dares a lot of things and surprises us at every moment of the set.

It took six years to hear the fifth album of the one that has already sold more than 40 million records.
Since you don't change a winning team, Dido once again trusted his brother Rollo from Faithless to reveal it. Her angelic voice with a strong character is set off against a music with a contemporary sound.