A Chameleonic Rock from the Netherlands 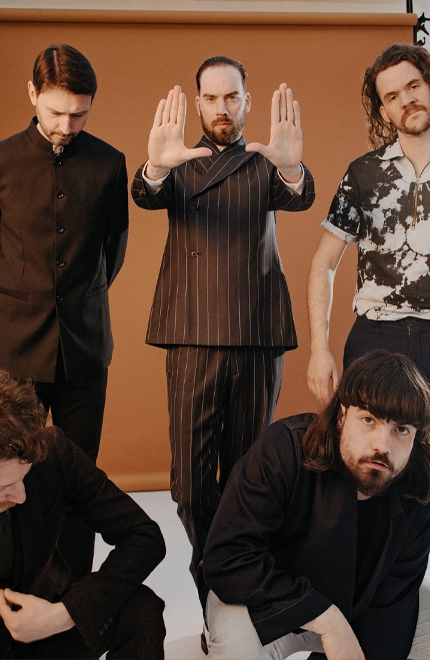 Since the beginning of their career, De Staat has been able to mix a dizzying array of genres. It's part of the DNA of this rock band that has not only won over a loyal following, but also the Rolling Stones and Muse, for whom De Staat has opened for.

"I know that everyone likes our music," jokes Torre Florim, leader of De Staat. Indeed, for a long time De Staat has faced criticism from the music industry that his music cannot be categorized into a specific genre. Yet De Staat draws on a multitude of influences, and is proud of this eclecticism: "If we fit into a box, we would be a boring band! "says Florim. They are inspired by Talking Heads, Rihanna, Nine Inch Nails, Radiohead, Michael Jackson, Run-DMC and Soulwax.

The band was born in 2006 as a solo project of Torre Florim, who is at the same time singer, guitarist and producer. The band now consists of 5 musicians: besides Florim, there is Vedran Mircetic (guitar), Jop van Summeren (bass), Rocco Hueting (multi-instrumentalist) and Tim van Delft (drums). The band released their first album, Wait For Evolution in 2009 and then gained attention with the multi-award winning video for "Witch Doctor", released in September 2015 (from the album I_Con).

In 2018 they released their latest album Bubble Gum, which ended with a tour at Lowlands Festival in August 2019, where they played as a replacement for Prodigy.
The band is currently working on new material and will hit the road again in 2022 for a UK and European tour.

If you're not familiar with De Staat's music yet, we can't recommend you enough to check them out live!