More than a name, an eternally great one.
Ecouter 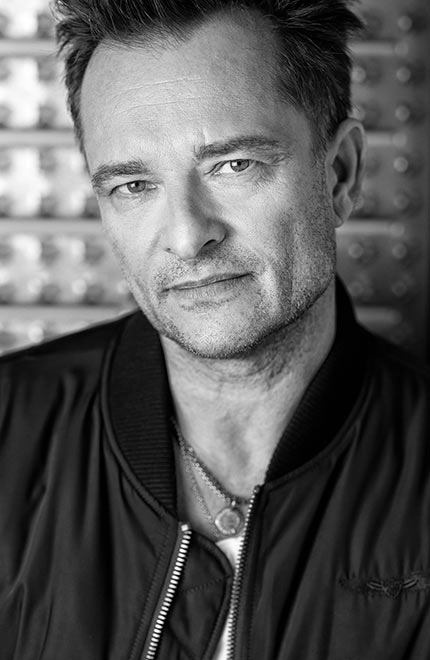 Deep lyrics, melancholic melodies without being overpowering: David Hallyday has always put a drop of rock in his FM pop. Is it to better give life to titles that tell the story of new or lost loves, daydreams and the beautiful colours of life? It certainly is. In any case, with this recipe and a dose of brio, the singer has managed to impose himself, not as the son of, but as a great man of the French scene. Self-taught, he is, sensitive, he remains. With this subtle blend of raw gentleness and vocal power, which takes us to our guts, he makes us forget where he comes from.

No matter if his parents founded one of the most famous show-biz couples. He cuts his way, as he knows how, between America and France. He sculpts his emotions, revives his memories and sends out moving cries of love. In his own way, he handles words and melodies with tenderness and romance, as if to affirm a very French Californian style. Because, in the end, that's what his life is all about: permanent comings and goings between his two countries of heart, so musically rich. Let's talk about his epics in the US.

His faithful admirers know it, but the fact is still too often ignored. No, it is not on our lands that the prodigy made his weapons, but on the other side of the Atlantic, where his small breakthrough in the charts surprised his world. Since then, he has been wandering around, on his guitar or in his car, to spread his elegant romance. He warms hearts, seduces souls. We're sure of it, album after album: he who has collaborated with a host of great names, including Grand Corps Malade and Florent Pagny, still has plenty of beautiful things to tell us. 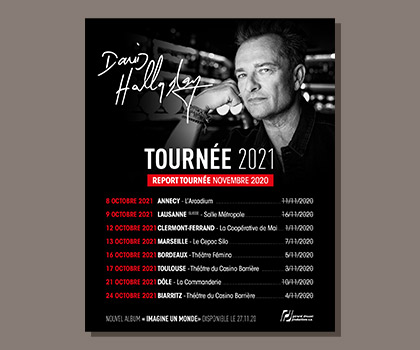 It's a surprise without being a surprise: David Hallyday is making a name for himself in the United States with the excellent album True Cool. A few months after having written the track She can dance, performed by his mother, Sylvie Vartan, he asserts himself on his own behalf. The single High is emulated, and the young man's talent quickly crosses the Atlantic to invade the French charts. 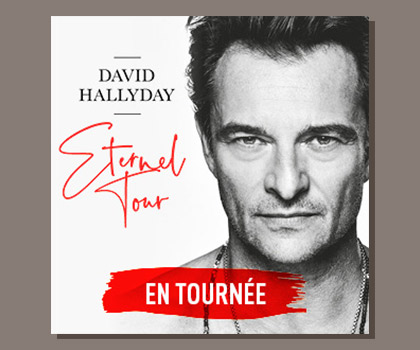 The greatest success of his career

In homage to his Bulgarian grandfather, David Hallyday composed the magnificent title Tu ne m'as pas laissé le temps. The sincerity of the piece captivates the French and Belgian public, who literally fall under the spell of the man, the artist, forgetting whose son he is. The single sold more than a million copies. 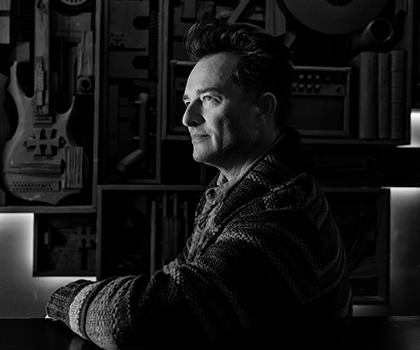 He just has something to say

In the meantime, he has taken part in the 24 hours of Le Mans and has released several discreet but sublime records, including Satellite, Un nouveau monde and Le Temps d'une vie. So when the record J'ai quelque chose à vous dire is presented, two months after the death of his father, a whole country looks at it. In 11 hugely successful tracks, he delivers as never before and offers one of his most beautiful songs with Ma Dernière Lettre, a brilliant tribute to Johnny Hallyday, whose video clip is directed by his half-sister Laura.

He is an immense artist. What a talent! On stage, he gives his all for his audience and plays a real complicity with them. Humanly speaking, he is a great person, accessible. If we've been here for all these years, it's because he's real. We love him so much!

Sarah, after a concert in Sion

David Hallyday has established himself as a highly talented artist. His records are magnificent, and what can we say about his stage presence. Energy, emotion, real sensitivity: it is always a superb moment, where one can discover a great and beautiful person. If it is sometimes difficult to detach oneself from the image of "son of", the singer has brilliantly reinvented his name.

David Hallyday has the same clear eyes as his father. He is disarmingly simple. Child of a star, an artist, he could play the divas, multiply the whims and delays. He's just the opposite. Available, attentive, curious. Perhaps it was his childhood in the United States, far from the madness of the 60s, that kept him grounded.