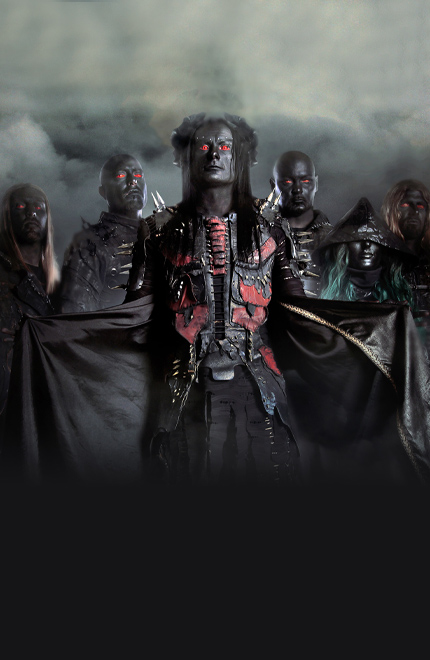 More than 30 years after its formation in Suffolk (England), Cradle of Filth has built a solid reputation on the metal scene by daring to blend different sounds. By mixing a black metal universe with a symphonic style and by incorporating keyboards, the band has been able to reach a large audience that remains faithful to this day.

The band's winning recipe is explained by dark and gloomy imagery, epileptic drums, deafening guitars and of course the screaming, even guttural, voice of frontman Dani Filth. Cradle of Filth is commonly referred to as an extreme metal band. The band's lyrics have dealt with various themes, such as Satanism, eroticism, romance, the devil, mythology, and other horror stories.

If the band has often changed members, Dani Filth remains at the helm and we can salute the productivity of the band, which has released since its inception a dozen studio albums, not to mention live performances and EPs. On stage, the band delivers explosive and melodic performances, highlighting the prowess of its leader, who alternates between high-pitched screams of which he has the secret and very deep low vocals.

The band released their latest studio album Existence is Futile in October 2021, announcing the arrival of Anabelle Iratni on keyboards. The band sounds even more extreme than ever!