A rock with a hoarse voice
Ecouter

Dark Canadian, with a nickel chrome brushing, he has rock and wandering melodies in his skin. Because yes, Bryan Adams is one of those guys who, without really realizing it, know how to bring to life songs that go through the ages without any trouble.

Bryan Adams has a gift: he knows how to aim right at the heart, with his hoarse voice and grandiloquent hymns, (Everything I Do) I Do It for You topping the bill. But with him, there's no need to dry the tears. It's melancholy without being depressing, powerful without being overwhelming. His music is well licked, a bit of a melodic lament that today appears as a small pinch of nostalgia.

For in his own way, with his dreams and his perpetual desire to escape, he has taken the eighties under his wing. A photographer in his spare time, the Canadian artist, with his Gibson slung over his shoulder, has made a strong entry in the charts. He has seduced, surely thanks to his romanticism and natural charm that discreetly hides behind a tied rock, a stone's throw from the summits. Because this hit maker, far from his nomadic childhood, spent wandering between Europe, America and the Middle East, knows how to do it when it comes to wearing softness with strength.

His voice is sometimes reminiscent of Sting's. His rock flirts with tunes by Phil Collins, Bonnie Tyler in the male line or Rod Stewart. In short, you'll understand: it smells like the good, carefree days when everything seemed to be going well. And so it is with Bryan Adams. No matter what he does, he always takes us back years, and even today, it's still a hell of a thing. Guaranteed effect! 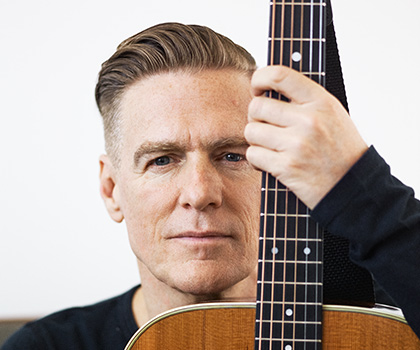 Entrance through the small door

Bryan Adams' debut was timid, as his early albums had a very limited success, which did not allow him to rise to a high rank on the international scene. Yet, listening to them much later, we are surprised by the early mastery of the man. It must be said that he had trained well, a few years earlier, with his band, Sweeney Todd. 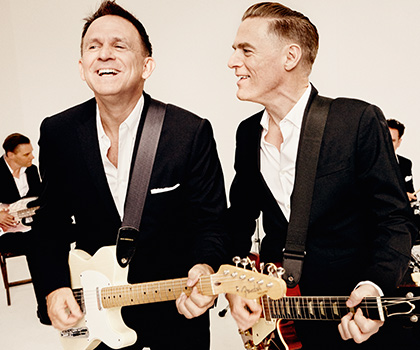 Here he is at the top of the poster

That year, Bryan Adams struck a big blow with the album Reckless, surely the most beautiful treasure of his discography. If he had made a name for himself the year before with the album Cuts Like a Knife, it was from there that the Canadian artist made his mark on the international scene with his hoarse voice and energetic melancholy hits. The single Summer of '69 was a huge success.

After the comfort, the effort

He took a little break to recover from his emotions, after a decade that saw him go from being an unknown to a music mega-star. So when he comes back with a new album, we expect another marvel. And it doesn't miss. Waking Up the Neighbours is a huge success, especially with the huge single (Everything I Do) I Do It for You, written for the soundtrack of Robin Hood, Prince of Thieves. 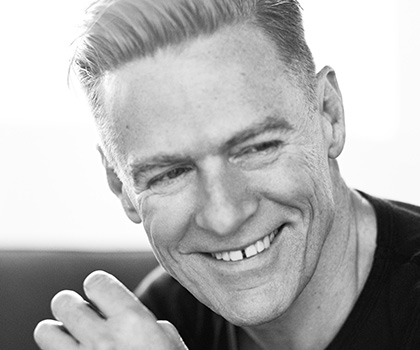 Shine A Light is a continuity that is a pleasure to hear, there, in the land of rock and pop. With twelve magnificent tracks, the album confirms that the Canadian artist still has talent at the end of his voice and strings. On this occasion, he even takes the opportunity to present a track co-written with Ed Sheeran, the star of the moment.

What a slap in the face! To everyone's surprise, he even climbed up on a platform at the back of the pit, among the audience, to start with 3 songs in acoustic. Deliriously, the audience was delighted that an artist of his stature came to his side. Then Bryan ran across the stage and spoke to us in French. In short, an artist with 25 years of career and who wets the jersey: it's a pleasure to see.

Jérôme, after the concert in Paris

Bryan Adams is clearly the man who rocked us in the eighties. At the time, he was a mega-star, much like one of his main admirers today: Ed Sheeran. He always had the gift of giving birth to great songs, which very often became worldwide hits. And yet, he remains accessible, not hesitating to go into contact with his public, in the wrong way.

We like to think back to Bryan Adams because he reminds us of the carefree days when we watched "Robin Hood, Prince of Thieves" on VHS.  Thanks to his harmless and unifying sense of songwriting, which appeals as much to the teenage girl as to the housewife, he officially became a Rockstar in the mid-80s, helped by his impeccable brushing and a leather jacket of the most beautiful effect.