The blue-eyed soul from Norway 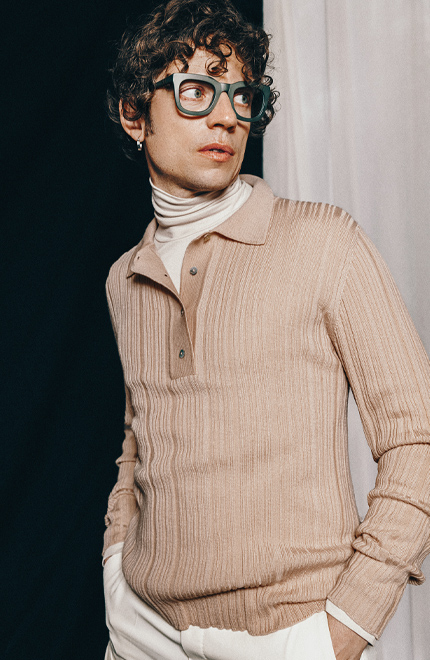 His music is a mix of bubbly R&B grooves and powerful pop choruses. Former member of Explicit Lyrics and Span, Bernhoft has been going solo since 2008 and has become a key figure in the Norwegian music scene. Fans of 60s soul music, you won't be disappointed!

Bernhoft, whose real name is Jarle Bernhoft, was born on June 27th 1976 in Nittedal, Norway. He now lives in Oslo. He plays several instruments, sings and composes in English. In the mid-1990s, he joined the local band Explicit Lyrics, with whom he released three albums. Bernhoft then formed Span and achieved success in Norway. Unfortunately, the band's career did not take off internationally and they split up.

On September 1, 2008, Bernhoft released his first solo album "Ceramik City Chronicles", soon followed by the album "1:Man 2:Band", whose half of the tracks were recorded during a solo concert at the Kampen Bistro, a jazz café in Oslo.

His second solo album, "Solidarity Breaks", was released in 2012 in France and he opened for Ben L'Oncle Soul. In 2014, he made his first appearance at the legendary Glastonbury festival and performed on BBC One with his song "Wind You Up".  Later, he gathered around him a band (The Fashion Bruises) for the album "Humanoid", with the desire to create an authentic sound and a brilliant, bright and sassy work. Bernhoft's voice has never sounded so good! And on stage, the songs really come to life, and makes the audience stand up and dance. This is the kind of bond the artist wants to create with the audience.

Finally, it should be noted that Bernhoft collaborated with artists such as Hanne Hukkelberg and Dadafon. He also appeared with the group Green Granadas under the pseudonym Hot Rod.

Soon, we will have the pleasure of seeing him on stage with new compositions and of course his greatest hits such as "Streetlights", "Choices", "C'mon Talk" or "Stay With Me".