Melting pot in the land of metal
Ecouter 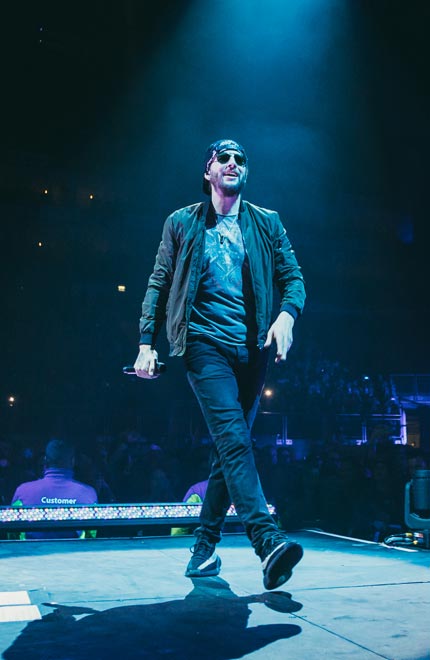 With their legendary deathbat as a backdrop, California's most metal band is still burning up stages and gathering crowds 20 years after their debut. And they've come a long way since the high school benches where they met. This band of friends, named after the biblical story of Abel and Cain, never stops reinventing genres. Passing cheerfully from heavy metal to hard rock, they also give a nod to punk sounds: sharp riffs and overexcited drums!

The recipe works: Avenged Sevenfold's sales take off. In just a few years, they have gone from the underground scene to headlining the most prestigious festivals on the planet, and they surprise their audience with each new album. Routine is clearly not for them! And if their first two albums are easily classified as aggressive metalcore, Mr. Shadows quickly swallowed their scream to work on their vocals and melodies.

Their various sources of inspiration range from Guns N' Roses to Iron Maiden, via Pantera, Bad Religion or even NOFX.

After a first album released when the members of Avenged Sevenfold were just 18 years old and several changes of bassist, it is finally Johnny Christ who completes the quartet for Waking The Fallen, which reveals the band and makes it a reference on the metalcore scene. Their electric performance at the Vans Warped Tour the following year was the first in a long series of exciting concerts.

From summits to hell

From 2005 and City of Evil, the band's career took off and gold records followed. The highlight in 2009 was the cover of the Guns N' Roses' It's So Easy at the Nokia Theatre in Los Angeles with the legend Slash as a guest. This was followed by their participation in Iron Maiden's Somewhere Back In Time World Tour. But while the band seems to be in a state of grace, it is suddenly brought back to reality by the death of The Rev, its drummer, founding member and songwriter. An ordeal from which Avenged Sevenfold will come out growing up through Nightmare, a tribute album to their lifelong friend.

After experimenting with punk, rock and even country sounds, Avenged Sevenfold comes back to the roots with Hail to the King, an album in the worthy lineage of Led Zeppelin or Black Sabbath. An opus about which guitarist Synyster Gates will say : " I think our writing has improved by leaps and bounds. This album is our greatest recording in a long time". 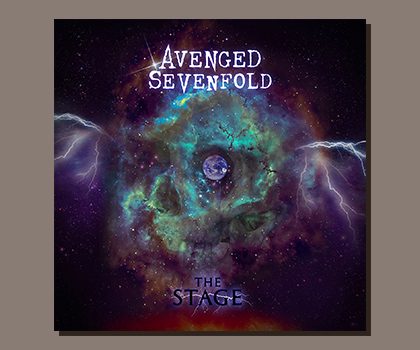 In 2016, The Stage was released, an album in the form of a liberation in which almost all of the band's influences are found. It was followed by a world tour lasting almost two years, culminating in a show at Hellfest on 23 June 2018. In early 2019, the band announced the production of a new album. Mr. Shadows has already announced the colour, different from the previous one: "it is excessive, very eclectic and wild! ".

It's one of the best concerts I've ever been to. The riffs, the melodies, the raspy voice of Mr. Shadows are pure delight. I love it and look forward to getting the band's energy back on stage.

Nathalie after the Hellfest

We all admire the history and perseverance of Avenged Sevenfold. Bold and determined in their musical choices, Mr. Shadows' imposing trunk and the riffs of talented guitarists Syn and Zack energize every concert. Power in its purest form!

Avenged Sevenfold attacked his show with "The stage" from the album of the same name. A good start to a good concert, where the band proved to be expert in what makes its strength, a melodic metal capable of going, in the same title, from an ultra-fast rhythm to a sweet chorus accompanied by guitar arpeggios. The six strings are actually held by two masters, Synyster Gates and Zack Vengeance, the first of whom offers a short solo before "Buried alive".