Accueil An Evening With Whitney

An Evening With Whitney

Rebirth of a diva
Ecouter 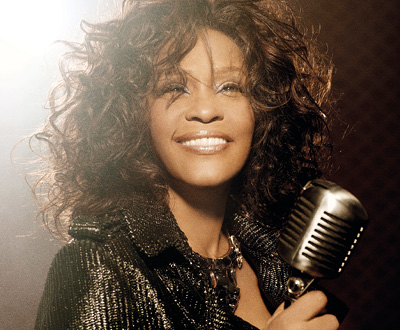 The brilliance of this pop diva still shines through in today's music. Rihanna, Beyoncé, Alicia Keys, so many singers who have followed Whitney Houston's hard-won path to reconcile the vibrant vibes of gospel with the catchy sounds of pop. "She represents the revival of R'n'B in the 80s. She took up the torch of a music that had been championed by Aretha Franklin", and "brought a more pop touch. She has brought this music to a much wider audience", says music journalist Olivier Cachin.

The artist, prodigiously talented, represented the American culture of emotion. For behind the vocal lyricism, the notes ripped from the belly and the inevitable "I" in her most famous title, I Will Always Love You, always at the top of weddings and funerals, lay a more subtle Whitney Houston. It was in romantic ballads that she excelled, putting all the heartfelt grandeur that characterized this superstar to work on eight consecutive platinum records and the title of "Most Award-Winning Singer of All Time".

It is to honour the memory of the woman whose luminous and powerful voice walked alongside Michael Jackson that An Evening With Whitney, a holographic tribute concert has been conceived. "Whitney was a revolutionary icon with a revolutionary style. She evoked emotions as few artists can. The show will be a tribute to her grace, charisma and passion for music."said director and choreographer Fatima Robinson at the RollingStone. Accompanying the hologram of the iconic singer of musicians and dancers, the show is the worthy legacy of the woman who left an immense void in the musical landscape and in the hearts of her fans.

Striking entry into the big league

After following in her mother's footsteps as a teenage chorister, Whitney Houston signs a contract with Clive Davis, president of the Arista record label. She became his protégée and released her first album in 1985, which was an immediate success with singles such as Saving All My Love For You and Greatest Love Of All. With more than 13 million albums sold in the United States and more than 25 million worldwide, it is quite simply the best selling debut album for a solo artist.

Consecration for a multi-talented artist

In 1992, with already three albums behind her and a notoriety that is no longer to be built, Whitney Houston takes the direction of the big screen. Nothing could resist her, since her first film, Bodyguard, in which she appeared alongside Kevin Costner, was a $410 million box-office success. The film's soundtrack is the second best-selling soundtrack in the world, thanks to the now classic I Will Always Love You.

A superstar's descent into the underworld

Seen from the outside, Whitney Houston's life can be like a fairy tale. But in 2001, at the concert celebrating Michael Jackson's 30-year career, she appears thin and disoriented, causing concern among the press and fans. From then on, her escapades and her trips to and from rehab regularly made the headlines, her drug use even going so far as to alter her innate gift, her sublime voice which will never be the same again.

The tragic fate of Whitney Houston

February 11, 2012 is marked with a black stone for Whitney Houston fans. The star is found lifeless in her bathtub and dies suddenly at the age of 48. She leaves behind an orphaned music industry of this generous and sensitive diva, who rallied the hearts of millions of people around the world.

Reincarnation of a pop queen

What moved me deeply and brought tears to my eyes was that I thought she was really there. I completely forgot she was a hologram. The technology has given me an experience that I could never have had, it is a true honour and a wonderful tribute to Whitney.

Kimberley after a concert in Manchester

Bringing a legend back to life was a risky gamble that we absolutely had to succeed. Working with BASE Hologram, we are proud to have succeeded in capturing the essence of the singer, her impressive voice of course, but also her love of sharing, to offer the world her final encore. We sincerely hope that her fans will be part of this unprecedented tour.

Opening with Higher Love, it is at first disturbing to see Whitney Houston so realistic on stage. For the generation that grew up with the singer, it may seem strange. But as her success follows one success after another, the hologram is quickly forgotten to remind us how talented she was. She delivers the best of her songs while showing between songs the nerve for which she was known at her concerts.