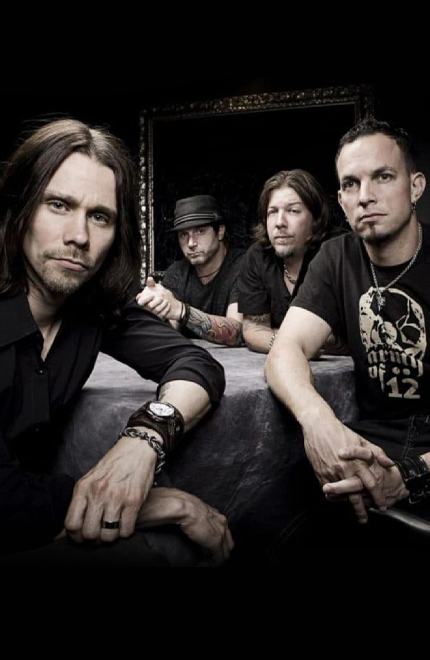 Alter Bridge was formed in the early 2000s by three accomplished musicians who had already proven themselves in the band Creed: Mark Tremonti on guitar, Brian Marshall on bass and Scott Phillips on drums. Add to that a singer with a high voice who had already worked in Mayfield Four: Myles Kennedy. The band named itself Alter Bridge, after a bridge near Tremonti's childhood home on Alter Road in Detroit, and began recording a debut album. It was greeted with critical acclaim.

If the group kept sounds close to Creed, the group will quickly distinguish itself in a more aggressive metal style. The band will make its first tours in front of an enthusiastic public, in particular in the United Kingdom and in continental Europe, where they are on the bill of the biggest festivals. In France, the band is now a regular at the Hellfest where they have already played several times.

If the members of the band are also involved in parallel projects (Mark Tremonti in solo or Myles Kennedy with Slash), the band remains very active and regularly releases audacious albums where they open up to new sounds, especially synthetic arrangements. The songs also contain strong messages, like Show Me a Leader, which evokes the real lack of leaders in our current society.

The band's concerts are melodic, full of catchy riffs and choruses, which made Alter Bridge one of the sure values of modern melodic metal. To be appreciated on stage definitely!